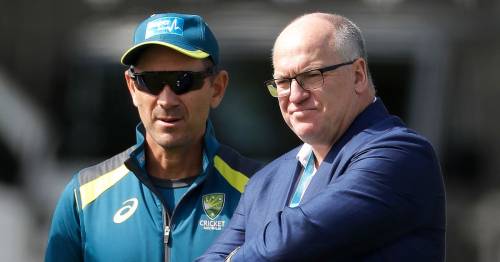 Earl Eddings has resigned as Cricket Australia's chairman and stepped down from his place on the board ahead of the Ashes, after losing the support of three of the six states.

Eddings has been chairman since 2018 and was hoping to be re-elected for a second term, despite New South Wales (NSW) and Queensland actively opposing the idea.

Despite that, Cricket Australia announced last month their "unanimous endorsement of Earl Eddings for a second and final term as Chairman ahead of next month's Annual General Meeting".

However, Western Australia (WA) ended up withdrawing their support for Eddings, which proved to be the final nail in his coffin as he could no longer receive a majority from the six states.

WA's chairman Terry Waldron said: "The Board felt that over recent years they have not received the support they would have expected from Cricket Australia and the current uncertainty around the fifth Ashes Test was a contributing factor.

"WA Cricket has always been supportive of Cricket Australia and we recognised that we need to work together to ensure that cricket remains one of the country's biggest sports, however the Board believe that change was necessary."

In a statement, Eddings said: "It has been an honour and a privilege to be able to serve the sport I love as a Cricket Australia director.

"In that time, and particularly during my time as Chair, we have navigated some of the sport’s greatest challenges, including rebuilding the trust and reputation of Australian cricket after the Newlands incident and, more recently, the enormous impact of the COVID-19 pandemic on domestic and international cricket."

"That is today at this AGM, where we have the ability to vote for the election of directors.

"The constitutional requirement of the Chair of Cricket Australia to meet with the states Chairs twice per year has not been adhered to.

"We require a governance model that encourages and supports more communication amongst us all."