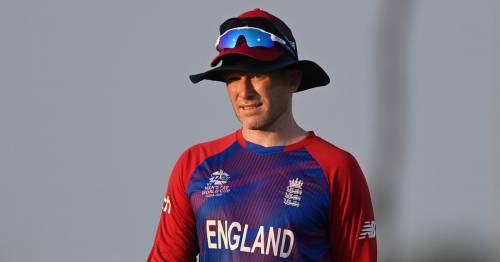 England captain Eoin Morgan has admitted he is "not sure" whether he will feature in his side's Cricket World Cup title defence in 2023.

Morgan led England to 50-over glory in 2019 and is bidding to make it a double at this year's T20 World Cup.

At the age of 35, Morgan is not planning to retire any time soon and he is confident that he will lead England in the 2022 T20 World Cup in Australia, which was pushed back as a result of the coronavirus pandemic.

However, the 2023 50-over World Cup could prove a step too far for Morgan, although he insists his "hunger and determination" remains "as strong as ever".

Speaking to BBC Sport, he said: "I certainly see myself this time next year playing, hopefully, a really strong role in another T20 World Cup. That is the expectation I have put on myself.

"I am not sure about another two [tournaments]. Obviously, results determine how well you do and how often you are kept on. But certainly, my hunger and determination are as strong as ever."

Although there are concerns over his poor form with the bat heading into this year's tournament, Morgan believes he is "at the top of my game" when it comes to captaincy.

Who will win the T20 World Cup? Drop your prediction in the comments section.

He added: "The last two and a half years I have probably peaked – or am peaking – as a captain. I feel I am offering a lot, am as calm as ever, making really good decisions and getting things as right as often as I possibly could be

"Since 2019 and winning the 50-over World Cup, it has given me a lot of confidence in making plays during the game – trying to make changes that I think are right and make them work when you can.

"In that regard I think I am at the top of my game."