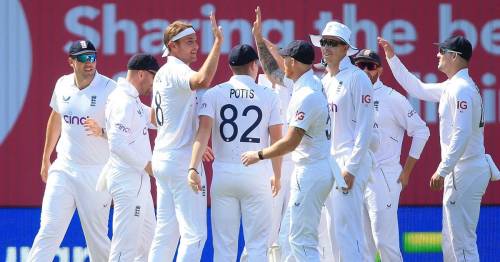 Brendon McCullum is determined to ensure Test cricket remains "sexy" after being installed as the new England Test coach.

McCullum was a surprise choice for the role given he had never coached a first-class game before, but the former New Zealand has made an immediate impact. His desire to play an aggressive and attacking brand of cricket aligns perfectly with new Test captain Ben Stokes and the duo have masterminded two thrilling wins against New Zealand so far.

And McCullum believes it is important that England play "an attractive brand of Test cricket" in order to attract new fans and keep existing ones, stating they are "prepared to lose sometimes to try and play that style and win Test matches". Speaking to SENZ radio , McCullum said: "I know it sounds pretty lofty to say that that's what your ambitions are at the outset, but I don't see a problem with that.

"I think Test cricket needs it. I think, the game's been around for 100 years and it's been amazing, but society's different now.

"Society … it wants things [to be] more instant, it wants things quicker and Test cricket maybe isn't as significant in some countries as it once was. So, for us, it's a matter of trying to ensure that Test cricket's still sexy and people want to watch it.

"For that to happen, I genuinely believe England, with the history of the game here and also the support base that it has throughout this country as well and where it also sits at the table of big players in international cricket, if England is strong, then Test cricket has got a real chance of thriving and being successful.

"That's what's in front of us and to do that, you've got to play an attractive brand of Test cricket. You've got to be prepared to lose sometimes to try and play that style and win Test matches, and to win not just fans which are already there but to also encourage new fans to come and watch us play Test cricket."

Speaking before the third Test against New Zealand at Headingley, Stokes described England as being "in the entertainment business not the sporting business". He said: "We want to walk away from the series winning three-nil because it does sound better to 2-1.

"But, as I said upstairs to the lads before we started training today, the result will look after itself this week. Let's carry on what we've been doing the last two weeks and try and think that we're in the entertainment business not the sporting business this week."