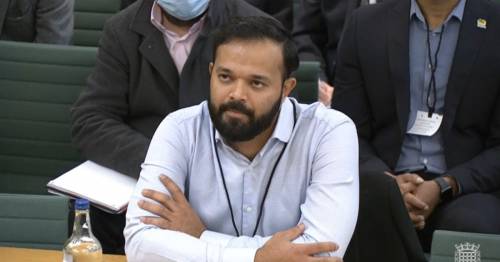 Azeem Rafiq has called for Yorkshire to be allowed to host England matches again, with the county now moving "in the right direction" under new chair Lord Patel.

Yorkshire were "suspended from hosting international or major matches" at Headingley in November, with the ECB taking strong action against the county over the "wholly unacceptable" way they handled Rafiq's allegations of racism.

Since then, Lord Patel has replaced Roger Hutton as chairman, the club have sacked their entire board and coaching staff and also announced a partnership with Pakistan Super League side Lahore Qalanders.

The ECB are set to make a decision by early spring over whether Headingley will be allowed to stage England games this year, with a Test against New Zealand and an ODI against South Africa both due to played there.

In a column for the Daily Mail, Rafiq has said he would like to see Yorkshire host those games.

"At first in all this I believed international cricket should be taken away from them," he wrote. "But they have done enough to warrant getting it back, for now at least.

"I want to see England playing at Headingley this summer. I may even pop down to watch myself.

"It has been a whirlwind since I appeared in front of MPs almost two months ago, and what Yorkshire and Lord Patel have done to bring change is definitely a step in the right direction.

"If we are asking an institution to look at itself then we should recognise when it begins to show it is genuinely sorry and attempts to start putting things right.

"Yorkshire need to be supported and helped to move in that right direction.

Rafiq would like to see Yorkshire's ban lifted, believing the club has made "a step in the right direction" under new chair Lord Patel
(

"The last thing I want now are kids in Leeds, Bradford and throughout the county being denied the high-level cricket that could inspire them.

"Rather than help solve the problems in the game, Yorkshire’s international suspension could end up adding to them.

"I am not saying everything is now hunky-dory at my old county and we can all move on.

"Yorkshire must be kept under review to make sure this really is the start of something important and meaningful."