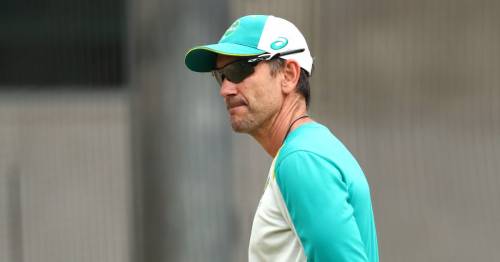 Australia coach Justin Langer has doubled down on his bohemian credentials by quoting a Lebanese-Canadian poet in an apparent response to his players who insist he needs to change.

The embattled Langer had showdown talks with senior players in August over his intense coaching style that had split the Aussie dressing room.

The idea was for Langer to change his methods to become a less abrasive character in the team environment, but that appears to be the last thing he is planning on doing if his post is anything to go by.

Langer, who once got his players to walk barefoot around Edgbaston to ‘earth’ themselves with the ground, posted an extract from a piece by Najwa Zebian titled “A Taste of Your Own Medicine” where the explicit instruction is not to change and to be yourself.

Langer wrote: “A wise man once said: Don’t give them a taste of your own medicine. If they lied, let their medicine be honesty.

“Don’t be afraid to be yourself, even if it means removing yourself from lives you want to be in. You are, no doubt, worthy of being valued for who you are. So be who you are.”

In a second post a few hours later, Langer wrote: “A wise woman also once said: Worry is like a rocking chair, it goes back and forward and goes nowhere.

Langer posted some cryptic messages on his LinkedIn page

There is pressure on Langer's shoulders at the T20 World Cup

“When worry raises her ugly head, ask yourself a question. Is there anything I can do about? If the answer is yes, you don’t have to worry about it. Get to work.

“ If the answer is no, you don’t have to worry about it either. Time to let it go. This is easier said than done, but in the interests of your health and peace of mind, worry is like a rocking chair.

“And, it's better to be a warrior than a worrier any day. Be happy, be healthy, be calm, be kind, be strong and be yourself.”