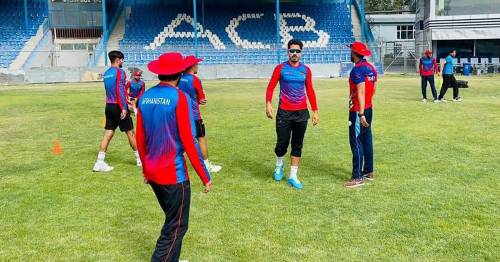 Few coaches in sport are under the pressure that Lance Klusener is right now.

And yet, in contrary to the Pep Guardiola's of this world, the scrutiny on Klusener has little to do with on-field results.

The former South African all-rounder has served as head coach of Afghanistan since September 2019. This November, two years of progress was set to culminate with an unprecedented moment in the nation's history – a first Test match against Australia in Hobart.

That fixture however, is now in considerable doubt with Cricket Australia pledging to make a stance amidst the Taliban takeover of Afghanistan.

The military organisation have already announced Afghan women, including those who represent the cricket side, will be banned from playing sport – a scenario which Klusener and the co-hosts insist would leave them with little option.

It leaves Klusener, 50, in the middle of a geo-political row.

"It's unfortunate,” he told the Daily Telegraph . “It would have been a huge occasion, but every game for us is an away game and we are totally in the hands of the country we go to play in, Australia or the UAE or wherever."

Klusener played 49 times at Test level for the Proteas, and in 171 ODI's. An avid hunter, few have ever accused him of shirking a challenge.

“Personally, as a coach, to work with the talent Afghanistan have got and to help showcase it, that is why I get up in the mornings and help them to grow it,” Klusener says.

“I’ve never worked with any team that loves to play and practice so much.”

Afghanistan's first ever Test match against Australia is in big doubt
(

Remarkably, his side were one of eight automatic qualifiers for next month's T20 World Cup in the UAE and Oman, but their participation in that may also be in doubt, with calls to ban the nation from global sporting events.

“What we have done against a lot of obstacles to automatically qualify for the World Cup is a huge, huge achievement," he said.

“We’re just going to have to wait and see. This government is barely two weeks old and it’s not about jumping to conclusions. These decisions will take time, to see what their stance is and what their policies are, then people can judge for themselves.”

Klusener is still at home in KwaZulu Natal waiting to be able to fly to the UAE to join up with his squad.

“I haven’t got out to Kabul during my time as coach because travel has been very restricted for foreigners. I’ve never been able to watch the women play because they play and practice behind closed doors.”

Previous : Internal dispute at Essex ‘could spell end of England legend Sir Alastair Cook’s career’
Next : Pope says abortion is “murder” but U.S. bishops should not be political