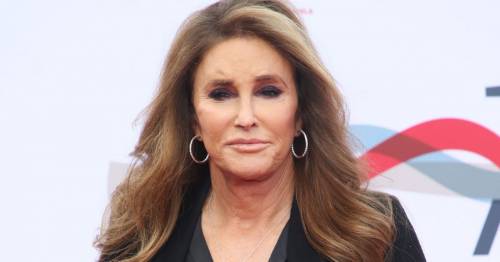 Swimming's world governing body held a vote on the matter at an extraordinary general congress during the World Championships, which started on June 17 in Budapest. From the 152 members who voted, more than 100 [71%] were in favour of barring athletes who have gone through the process of male puberty.

The caveat for transgender competitors is they can still be eligible, but must have completed their transition by the age of 12. FINA has also confirmed they will run an 'open' category at events for swimmers whose gender identity is different than their birth sex.

The ruling has been criticised by many transgender athletes given the unlikelihood of a youngster going through the transition before becoming a teenager. But Jenner, 72, has lauded the call.

Before her own gender transition, the American athlete famously won decathlon gold at the 1976 Montreal Olympics, but has been vociferously opposed to those who undergo the process then competing against women. Amid hearing FINA's decision, she tweeted: "It worked! I took a lot of heat – but what’s fair is fair!"

Sharing a New York Post article reporting on the call, she added: "If you go through male puberty you should not be able to take medals away from females. Period.”

The issue has become particularly prevalent in swimming following the national success of transgender athlete Lia Thomas this year. Jenner has previously spoken against her representing the Penn Quakers' in female races.

"All of this woke world that we are living in right now is not working. I feel sorry for the other athletes that are out there, especially at Penn or anybody she’s competing against, because in the woke world, you’ve got to say, ‘Oh, my gosh, this is great,’ No, it’s not.”

Jenner has frequently come under fire for her views, with her pinned tweet showing her response to a PinkNews article accusing her of a "disgraceful" attack on trans athletes. She replied with: "No, I just had the balls to stand up for women and girls in sports."

Her latest tweet to her 3.4 million followers promoted a range of responses, with @subgirlCD saying: "Speaking as a trans woman. We all understand this truth. Acceptance is vital but not at the cost of defying logic."

However, @DaCaptn19 cited the 'by 12-years old' ruling as a concern, posting: "What’s disturbing is it seems to imply that it’s acceptable to have someone who is 12 or under change genders.

"Adults can do what they want but We need to remember kids can be confused / curious but don’t grasp long term repercussions for actions/ decisions."