Brighton chief executive Paul Barber insists players have to feel confident about their safety and they must be comfortable speaking out about any coronavirus fears.

Premier League teams returned to socially-distanced training this week as part of the first phase of the top flight re-starting.

Watford captain Troy Deeney said he would not return to protect his family, including his five-month-old son who has breathing difficulties, while Chelsea’s N’Golo Kante opted to miss training on Wednesday.

All of Brighton’s players have returned to limited training and Barber believes they should not be silent during the coronavirus crisis.

“We’ve done the best we can to make sure that our players have not only been involved in every step of the process but also have been free to speak their own mind on the process either privately or publicly,” he said.

“We checked before we voted on Monday the players were fully on board so we went back to our two senior representatives, captain Lewis Dunk and Glenn Murray, and made 100 per cent certain that they were comfortable with everything they’d been told and everything they’d seen and they were. 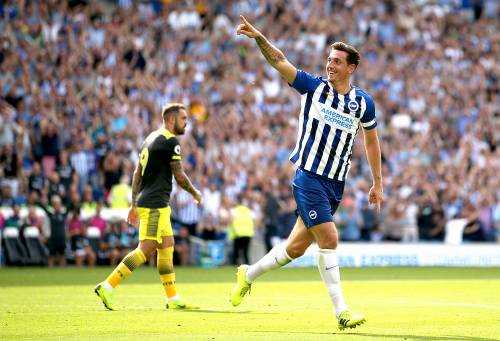 “It is the first stage and it’s really important that, as we move to stage two and stage three, the players are on board.

“The players are the most important people in this process now and we’ve got to make sure that their fears are allayed wherever possible.

“We have to make them feel as comfortable as possible, as quickly as possible, and we must continue to consult them at every single step and make sure we give them the time to have all their questions answered. That’s absolutely critical to moving towards the next two stages.”

The Premier League is aiming to resume next month after being halted on March 13 with Brighton 15th, two points above the relegation zone with nine games left.

“I don’t like the phrase ‘a new normal’ but we are moving towards something that’s quite different but that will soon become normal for the players,” added Barber.

“We look forward to moving through the next stages and, hopefully, when it’s as safe as it possibly can be, get back to playing Premier League matches.”

Previous : Using face masks and sanitizer, couples say ‘I do’ in Vegas
Next : Heavy is the Head: China’s State Council Pledges $1.4tn to Take Top Spot From US as Global Tech King