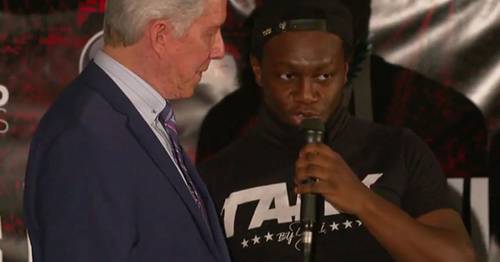 YouTube star Deji Olatunji has vowed to become a professional boxer once he gets an amateur win under his belt this weekend against Tik Tok star Vinnie Hacker.

Olatunji, who just goes by 'Deji' to his 10.3million subscribers, made his boxing debut against Jake Paul in 2018, and put up a valiant effort before losing in the fifth round.

And he's returning to the ring on Saturday night on a special YouTubers vs Tik Tok stars event in Miami, at the same venue as Floyd Mayweather's exhibition bout with Logan Paul; the Hard Rock Stadium.

And speaking exclusively with Mirror Fighting, the Watford native vowed to seek out a pro fight once he has beaten his fellow social media star this weekend. 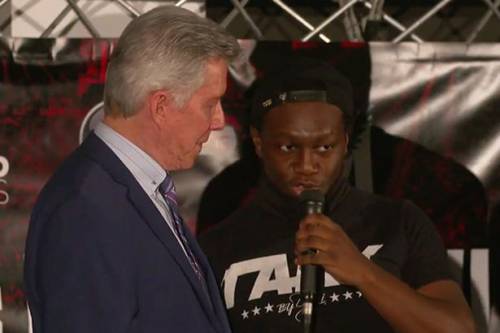 "I want to go pro," he proclaimed. "I'm waking up at 6 or 7am, going straight to the gym, and I've been training four-five times a day, so I'm definitely dedicated.

"I've seen what this whole sport can do an become, and I want everything, so I'm definitely dedicated to it."

The YouTube star, whose brother JJ – or KSI – defeated Logan Paul in 2019 in his own pro debut, has said that he's putting in much more work than he did for his fight with Paul.

He lost the round when his corner threw in the towel in the fifth, but he had already made the younger Paul brother bleed with some heavy shots, to the delight of millions watching.

And despite now weighing more than he did for the bout with Paul, Deji insists he is moving better, and expects to put down his less-experienced opponent with ease.

"I'm definitely taking him out in the first round or second round 100%," he said. "I weigh more now [than the Jake Paul fight], but I'm definitely more fluid on my feet.

"It's weird to say, but when I was lighter I wasn't as mobile as I am now."

In an interesting and refreshing change of pace for an influencer boxing match, Deji and Hacker have no problem with one another, and aren't going to manufacture one to help sell pay-per-views and tickets.

Deji has said that he thinks Hacker is a 'lovely person', and is only using the bout to progress his fight career, while the Tik Tok star blatantly told fans that he has taken the matchup for money.

"I'm feeling good, I'm so excited," he said. "I don't know what Vinnie can bring, he's obviously new to boxing but I don't want to count him out.

"Realistically, he's just a stepping stone, because I want to fight bigger and better people, but I don't mean any offence to Vinnie.

Deji will be cornered by Robert Pelson, Dominic Santoro and Vic Imbreano from Vic's Gym in Peterborough, and had to travel through Mexico for two weeks to make it to the fight due to US travel restrictions.

Deji will return to the ring to face Vinnie Hacker at 'Social Gloves: Battle of the Platforms', which takes place at Hard Rock Stadium in Miami Gardens on Saturday, June 12 and will stream on LiveXLive.com.