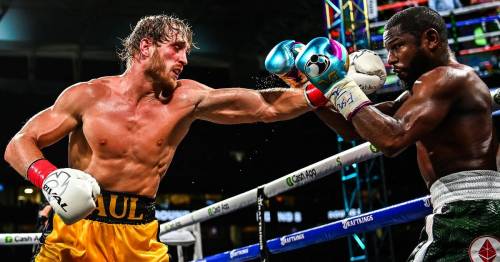 UFC champion Francis Ngannou has hit out at Logan Paul after his huge cash purse following his fight against Floyd Mayweather.

The YouTube sensation went the distance against the former five-weight world champion, with neither landing the knockout needed to win the contest.

And while the bout got plenty of criticism, there was also a sense of intrigue from many too.

Not least from Paul's legions of fans online – with his YouTube channel garnering over 23 million subscribers.

Mayweather went 50 fights in his career without losing a single one, taking on some of the biggest boxers in the game including Manny Pacquiao, Ricky Hatton and Canelo Alvarez. 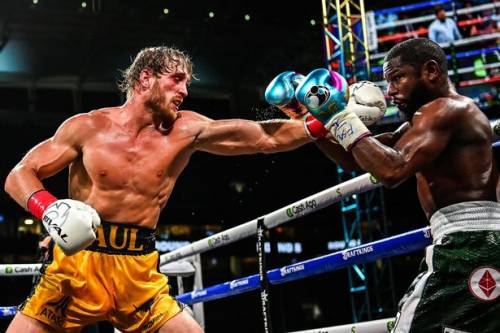 Yet his opponent has only taken to the ring once professionally – a loss to fellow YouTuber KSI – and looks set to earn a purse of over $20m.

And Ngannou, the reigning heavyweight champion in the UFC, has questioned how such an inexperienced fighter has managed to land such a mammoth fee while others have never seen a fraction of that sum.

He tweeted: "It's crazy to think that Logan Paul (0-1) just made $20M on a boxing exhibition. WHAT ARE WE DOING WRONG?"

Compared to the top level of boxing, MMA fighters do not earn nearly as much as their fellow sportsmen.

Meanwhile, Mayweather has insisted he was surprised by how good Paul really was in the ring.

"He's a tough competitor, I'm surprised by him tonight," he said.

"You got to realise I'm not 21 any more but it's good to move around with these young guys, test my skills just to have some fun.”

Paul was over the moon to take Money all the way, saying: “The fact I am in here with one of the greatest boxers of all time proves that the odds can be beaten.

"It's one of the greatest moments in my life."

Previous : Man crams 44 dogs into tiny cages to drive down motorway – before 20 of them die
Next : Logan Paul issues angry response to claim he was knocked out by Floyd Mayweather