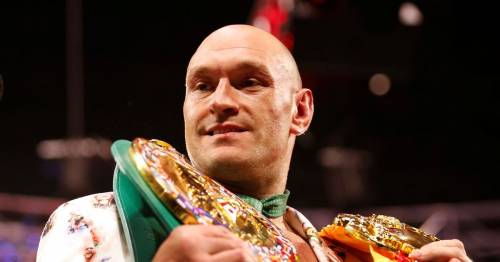 Tyson Fury could be set to miss out on the chance to become unified heavyweight champion this summer after Deontay Wilder's arbitration case ordered a trilogy to take place by September.

Fury was set to fight Anthony Joshua on August 14 in Jeddah, Saudi Arabia with an official confirmation announcement expected this week.

But now it looks as if he may lose that fight, as well as the £53million share of the mega-money fight purse he was being offered to compete for all of the belts.

There are now a number of options for Fury and his team, which includes iconic boxing promoters Bob Arum and Frank Warren, to choose from about what to do next.

Of course, fight fans will want the Wilder situation to be taken care of through a big payoff, but there is a chance that the American will demand the trilogy bout to go ahead, especially given the bad blood between the pair. 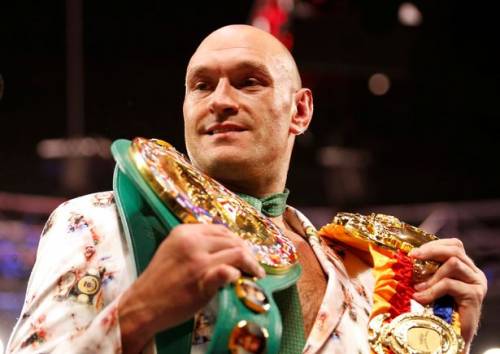 Tyson Fury has several options on the table – each with varying consequences
(Image: REUTERS)

We've taken a look at what could be next for Fury as he sifts through his options.

This is the most popular option among fans of the sport, but it could hit Fury and his team in the pocket even harder than Wilder ever did in the ring.

The American is demanding an eye-watering £14million to step aside and allow his rival to pursue the undisputed title at heavyweight this summer.

Frank Warren told BBC Radio today: "It is really simple now Tyson now either goes immediately to the fight with Deontay Wilder or we try to reach an accommodation with Wilder, to use a phrase in boxing 'step aside' to allow the fight between Anthony Joshua and Tyson Fury fight to take place.

"I'm sure he'll want as much as possible but that is going to be about a negotiation if we go down that road. It will cost quite a bit of money. Until we reach an accommodation with Wilder's people I can't say the fight will definitely happen." 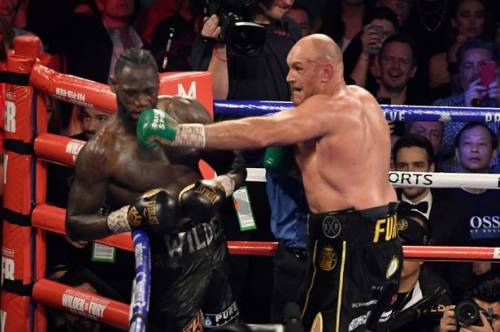 Fury made light work of Wilder last time out and would be odds-on to do so again
(Image: Getty Images)

From most to least attractive, this one would not be popular.

The heavyweights have fought twice before – a controversial draw in 2018, before an emphatic Tyson Fury KO in the February 2020 rematch.

Fans don't want to see a trilogy between these two, with many believing that despite the official result of their first meeting that Fury is 2-0 against his rival.

We've seen what happens when Fury decides to use his boxing skill against Wilder – he dominated over twelve rounds and would have won if not for two knockdowns in an otherwise one-sided fight.

And the next time out, we also got to see the type of fight that would happen if the Brit walked his rival down and was willing to swing – he put Wilder down twice himself and the fight was stopped in round 7.

This fight would prove very controversial, but it legally appears to be Fury's only avenue.

Fury could appeal the verdict of arbitration and look to fight Joshua once that process is complete.

Challenging an arbitration award is definitely an uphill struggle, and would almost certainly delay the fight deep into the end of 2021, at which point the Manchester native would have been inactive for almost two years.

In the vast majority of cases where challenges are made, the courts tend to uphold the original award, so this would be a costly and risky path to take.

This is highly unlikely, but not completely out of the question.

Fury could ditch his boxing gloves and move to the UFC octagon to take on the newly-crowned heavyweight champion Francis Ngannou.

He would be a big underdog against hard-hitting Ngannou and would need to work a lot on his grappling abilities, but stylistically the Cameroon native would be his best matchup of the last few champions like Stipe Miocic and Daniel Cormier.