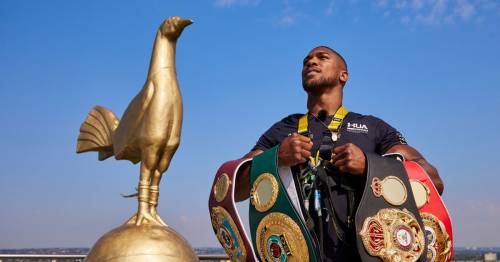 John Fury believes Oleksandr Usyk is too small for Anthony Joshua and that the Brit will stop him with relative ease.

Joshua will put his IBF, WBA and WBO heavyweight titles on the line when he fights Uysk at the Tottenham Hotspur Stadium on September 25.

Fury and Joshua had both signed contracts to fight on August 14 in Saudi Arabia but when an arbitration judge ruled that Deontay Wilder was entitled to a Fury with trilogy, the highly-anticipated unification bout was scrapped.

With Joshua and Usyk's fight now official, WBC champion Fury will seek a second win against 'The Bronze Bomber' when they meet in Las Vegas on October 9.

And Fury's father thinks Usyk, a former undisputed cruiserweight champion, will suffer the first loss of his professional career when he faces Joshua. 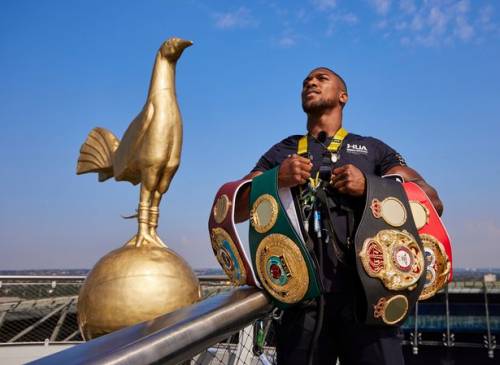 “Usyk is good, he’s a world-class cruiserweight, he’s proved it. But AJ is a big dude and he’s got a good array of boxing skills and he’s a big strong man. I just think he’s all round too good for Usyk," Fury told Boxing Social.

“One’s a cruiserweight, one’s bulking up. And if he bulks up to try and meet him head-on, forget about it. That’s why there’s weight classes, ain’t they? A good big one will always beat a good little one and AJ is a good big one.”

Tyson shares the same opinion as his father when it comes to the Ukrainian's fight with Joshua. 'The Gypsy King' even thinks that Usyk didn't deserve to have his hand raised against Derek Chisora last October, despite winning by unanimous decision.

“I don’t believe Usyk is a heavyweight for one. I think he’s a pumped-up cruiserweight who struggles with heavyweights," he said.

“In my opinion, Derek Chisora beat Oleksandr Usyk – he certainly struggled with Derek Chisora and Joshua is a much bigger, stronger man than Derek.

“I think he walks straight through Usyk. People are trying to build it up as a scary fight but he didn’t have the power to halt cruiserweights like Mairis Briedis or whoever else he fought."

Previous : Paige VanZant “doesn’t miss the UFC” ahead of second bare-knuckle boxing fight
Next : UK so hot Devon and Cornwall on ‘high alert’ for wildfires as nation sizzles in 31C heat