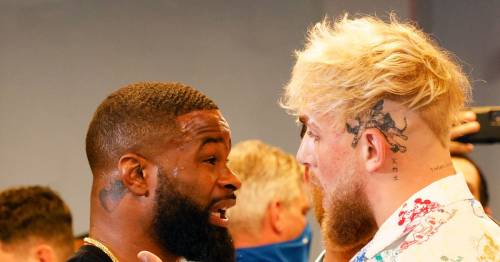 Paul Daley has pleaded with his former rival Tyron Woodley to beat Jake Paul for the good of MMA.

Nottingham fighter Daley took Woodley to a unanimous decision in Strikeforce back in 2011 and both men have gone on to enjoy success in Bellator and UFC respectively.

Daley has yet to taste gold in his promotion but Woodley went on to beat Robbie Lawlor for the UFC belt in 2016 and defended his title four times before losing to Kamaru Usman in 2019.

And Daley believes Woodley will shoulder a huge responsibility when he takes on Paul in August.

"I read details of the sort of money he's getting and I'm trying to get me one of those influencer fights," Daley joked.

"If it is what his manager says and he's making more than he did as UFC champion as a base rate without pay-per-view, then I can't blame him for taking the fight.

"But he has to make sure he wins, or it's going to be really bad not only for him, but the sport of MMA." 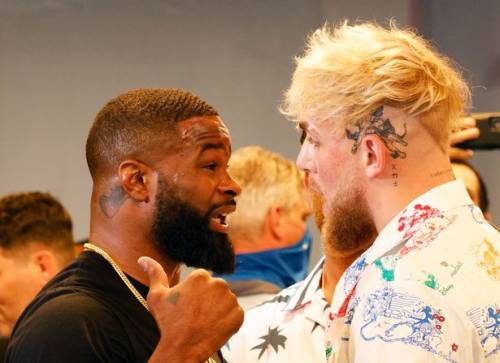 Woodley was known as a fearsome striker during his time at MMA's top table but suffered on a four-fight losing streak at the end of his career.

He lost his return bout against Gilbert Burns in a comprehensive decision before shattering his rib against long-term rival Colby Covington.

And his first round submission loss to Vicente Luque in March was the last straw as Woodley came to an agreement to leave the UFC.

And Daley believes Woodley may have a distinct disadvantage against YouTube star Paul.

"He should beat Jake Paul," the No.7 ranked Bellator welterweight told Mirror Fighting . "But he's a big guy who's come into this as a boxer, and Woodley is an MMA fighter who's trained boxing in camps.

"But the type of training Jake Paul can afford and is putting himself through, the sparring partners he can bring in, purely as a boxer he's actually given a bit of an advantage.

"Tyron Woodley is used to sparring boxing while training as an MMA fighter, but Jake Paul is training as a boxer, sparring boxers and that's all he knows bar being a YouTuber, as a sportsman he's a boxer.

"It might not be as easy as Woodley thinks it is, so I'd be looking at the betting odds."

Daley will return to the cage himself this Friday night at Bellator 260 when he faces No.3 ranked Jason Jackson at the promotion's first event with fans back at the Mohegan Sun Casino in Connecticut.