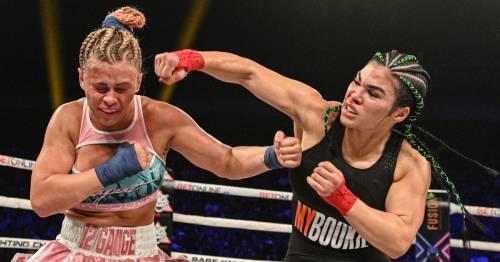 Paige VanZant has delivered fans a defiant message after defeat in her BKFC 19 rematch with Rachael Ostrovich on Friday night.

The 27-year-old was defeated by unanimous decision across the five-round contest, despite starting brightly in the early stages and initially looking the more well-rounded fighter.

But Ostrovich pulled clear in the later rounds to secure the victory, but VanZant has refused to be ruled out in the future despite now being 2-0 as a professional in the bare-knuckle sport.

"Don't you doubt that even for a second." 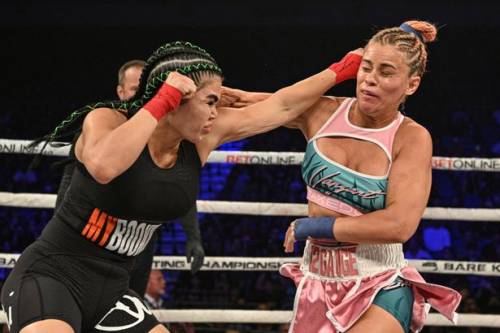 The American was valiant in defeat despite storming out of the ring and immediately heading up the ramp and back into the changing rooms as the scores were announced, not shaking her opponent's hand before her fast exit.

VanZant had already become very familiar with her opponent in the past, tapping her out in their UFC contest two-and-a-half years ago, but it was Ostrovich who was landing the much cleaner shots in this contest.

The fight began with Ostrovich weathering an early storm from VanZant who looked extremely comfortable in the early stages, but was dominated in the second and third rounds, before being stung by a heavy right-hand in the fourth round which threatened to result in a stoppage.

Ostrovich clearly felt she had done enough to take the victory, and was proved correct with the judges scorecards all announced in her favour at 48-47 on two scorecards and 49-46 on the other causing her opponent to promptly return backstage.

The victor hung around to speak in a post-fight interview and heaped praise on her opponent after the brutal encounter.

"It's been a long time, two-and-a-half years since the last time we were in the cage," Ostrovich said.

"It was a new, completely different sport but I still fought Paige VanZant, give her a frickin' hand, show some respect!"

Ostrovich was also asked to clarify her future in the sport after recording her first victory and when asked if she plans to return to the bare-knuckle ring, Ostovich said "I think so".

VanZant has almost three million followers on her Instagram page, known as one of the sport's leading names, but her opponent is also held in high popularity with fans of the sport and looks set to continue her career. 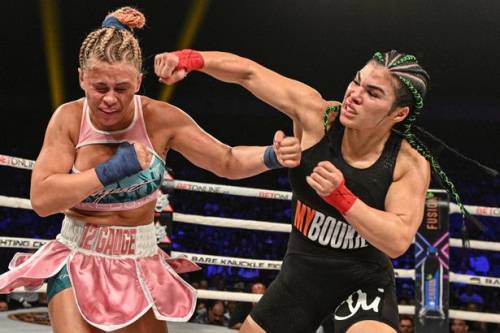 But the FanTime star VanZant's future is rather uncertain, as the defeat signalled her second professional one taking her record in the sport to 0-2, in addition to three out of four of her last contests in mixed-martial arts.

The pair were seen advertising their pages on the Fantime site in the ring ahead of the fight, promising fans inside access where hardcore supporters of the athletes can pay a monthly fee to get exclusive video and photo content.

Elsewhere on the undercard social media influencers got their gloves on as part of their 'battle of the platforms', in which rapper Blueface defeated Kane Trujillo, YouTuber Nick Ireland defeated Tik Tok star DK Money, while Evil Hero beat Dakota Olave in a particularly tough to watch influencer bout.

Previous : Jake Paul claims talks have started over Conor McGregor mega-fight
Next : Washington state deputy shot and killed in the line of duty