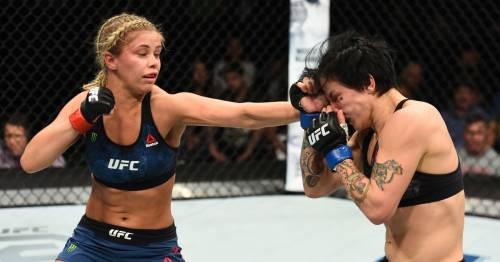 Paige VanZant has explained she "doesn't miss the UFC at all" as she prepares for her bare-knuckle boxing rematch with Rachael Ostovich.

The blonde bombshell was one of the most popular stars in MMA before taking her talents to BKFC, where she reportedly earns a sizable amount more than she did in the UFC.

She is known for her ability to market her model-good looks while also maintaining a fearsome presence in the ring or cage, and has already beaten Ostovich when they faced off in a 2019 MMA bout.

"I haven’t looked back honestly,” VanZant told MMA Junkie in an interview yesterday when asked about her past with MMA's top promotion.

“I think you take those moments to look back when you think there might be something better in the past, but since I left, my future here, everything has just gotten better and better every single second.

“I’m so excited to be with BKFC – I love boxing, I love my new gym, I love everyone I train with, there’s nothing in the past that I miss. 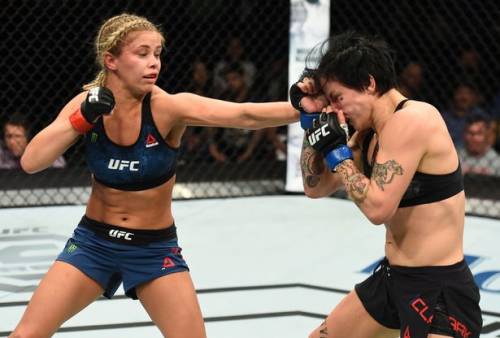 Paige VanZant looks to have hung up her MMA gloves
(Image: Zuffa LLC via Getty Images)

"I love being here, I love boxing and my life has changed in all the best ways possible.”

VanZant lost her debut bare-knuckle fight to Britain Hart by unanimous decision, and at the time she was still considering juggling her MMA career with a big fight.

But she is now focusing her efforts on the squared circle and says a return to the cage is becoming less and less likely.

She would have no shortage of suitors for that return, with Bellator, PFL and One Championship all promotions who could be interested in signing up a fighter of her star power.

“It’s getting further and further away, honestly,” VanZant said when asked about a potential return to her original sport.

“I feel like that’s a big part of my past that the door may be closed.

"I never like to say it because who knows, but right now I’m really loving just straight boxing."

She fought Ostovich in January 2019, stopping the Hawaiian in the second round of their highly-anticipated clash.

Both women were released from the promotion in 2020 after a series of losses before making the big-money move to bare-knuckle fighting.

And while attention will be keenly focused on the main event, which pits two UFC-level competitors against each other in one of the most brutal sporting arenas currently sanctioned, there will also be a new audience watching.

The card will feature three 'platform bouts', which feature influencers from the worlds of music, YouTube and TikTok squaring off in their fighting debuts.