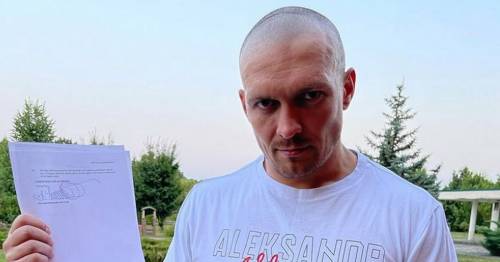 Oleksandr Usyk has sent a cryptic message to Anthony Joshua ahead of their heavyweight title clash on September 25.

Usyk will be looking to capture Joshua's IBF, WBA and WBO heavyweight titles when they meet at the Tottenham Hotspur Stadium.

The former Olympic gold medalist Usyk has been linked to a fight with the Brit ever since he moved up to heavyweight in 2019. Usyk unified his cruiserweight titles and defended them with a KO win against Tony Bellew in 2018 before moving up in weight.

In a social media post that shows the Ukrainian signing a contract for the fight, Usyk wrote a message to Joshua that is open for interpretation.

"The path will be mastered by the walking one." Usyk said. 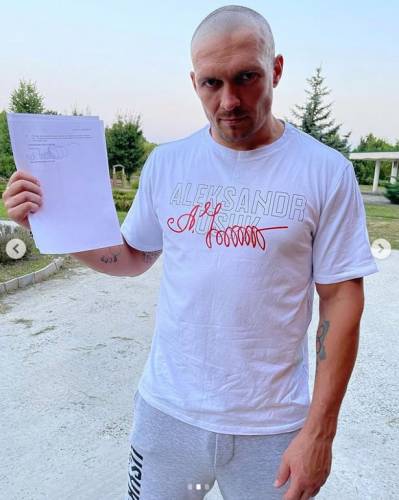 “The date is set and we are fully locked in," said Joshua.

"September 25, Tottenham Hotspur Stadium, I put it all on the line again and it’s time to defend my crown. We are two Olympic Gold medallists who have fought our way to the top and never avoided challenges.

"The stadium is exceptional, the atmosphere will be electric, I’m honoured to be the first person to fight in such an awe inspiring venue. The stage is set and I am ready to handle business.”

Joshua is hoping to set up a fight with WBC champion Tyson Fury if he is to get past the undefeated Usyk. However, 'AJ' is solely focused on the task on hand and isn't thinking about any future opponents.

Who wins on September 25, Joshua or Usyk? Comment below

"The most important fight for me is the next one but you have to have a vision of where you want to get to. I have to stay consistent and stay ready," Joshua said.

"Once I fight Usyk, who knows what will happen next? Will I fight Fury, Wilder, Dillian Whyte, Andy Ruiz, Luis Ortiz? Who knows.

The chairman of Tottenham Hotspur Football Club, Daniel Levy, said it's a massive feat to host the Joshua vs Usyk fight at their £1 billion stadium.

“This is a huge occasion for Tottenham Hotspur Stadium," Levy said.

"Anthony Joshua is an icon in the world of sport and to have him fight here in London N17, against a top opponent in Oleksandr Usyk, will be amazing for the area of Tottenham."