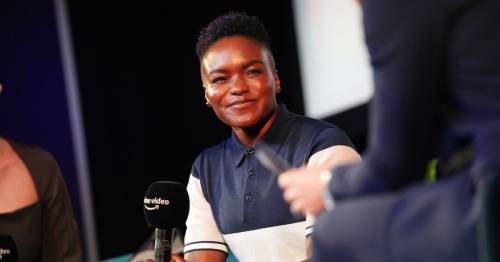 Boxing legend Nicola Adams has made a documentary exclusive to Amazon Prime Video.

It is titled Lioness: The Nicola Adams Story and is set to hit the giant streaming platform on November 12.

The film will give fans an insight into the 38-year-old’s rise to capturing two Olympic titles and creating history, as well as the challenges she faced along the way.

The announcement was made at the Prime Video Presents Sport Showcase Event in London, where she answered questions about the programme along with film Director, Helena Coan.

When asked about why she decided to make the documentary, beaming with pride Nicola said: “I knew that my story would inspire someone.

Nicola Adams's documentary will be released on Prime Video next month
(

“When I was younger, I decided to keep the footage from my first fight away from media as I knew I was going to put it into a film one day…filming felt like therapy, I was reliving my childhood and everything it took to get me where I am.”

She added: “I thought it was a good time to show my life story now I've retired from boxing and I wanted to inspire the next generation and to let them know that it doesn't matter where you come from, with hard work and deduction you really can achieve anything.”

Lioness explores her difficult upbringing in which she suffered abuse, as well as the motivations and key life events that shaped her into a world champion athlete, as well as opening up on her battles with sexism, racism and homophobia.

Speaking about her involvement, Adams said: “I’ve dedicated my life to boxing and wanted to share my journey with my incredible fans, who have supported me every step of the way and kept me going through all the trials and tribulations I’ve been through over the years.

“I hope this documentary will help inspire young people to realise that whatever adversities life might throw at you, you can overcome them.

"Sometimes it might feel as if the world is stacked against you, but through hard work, passion and determination you can achieve your dreams.”

Coan spoke of the resistance towards female boxing and stressed the importance of showing that side of the industry in the film.

“There is a lot of resistance towards women in boxing, all you have to do is read the comments section of a female boxing match on YouTube,” she explained.

“It was a difficult but creative decision to include comments from boxers like Amir Khan within the documentary. It was really important that we showed this side of the industry.”

The director of 2020 documentary film Audrey hopes the audience take away something significant from Adams’ story and hearing about her abuse “may save someone’s life.”

The film features Adams, her coaches, her girlfriend Ella Baig and boxing world champions and pioneers from within women’s boxing.