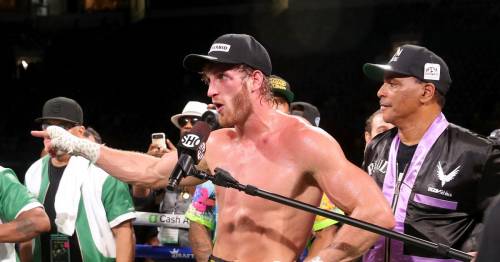 Logan Paul is stunned with how he looks after going eight rounds with the legendary Floyd Mayweather on Sunday night.

The YouTube star took on 50-0 boxing legend Mayweather in an exhibition bout over the weekend, and despite the massive experience gap between the pair, it went the distance and no winner was declared.

And taking to social media after the bout, Paul shared a selfie showing his face looking like he had come out of a light sparring session, as opposed to 24 minutes with one of the greatest ever.

He simply captioned it, "not tooo bad" and the photo garnered over 52,000 likes in nine hours.

Paul's substantial social media following played a massive part in him getting the bout with Mayweather at the Hard Rock Stadium in Miami. 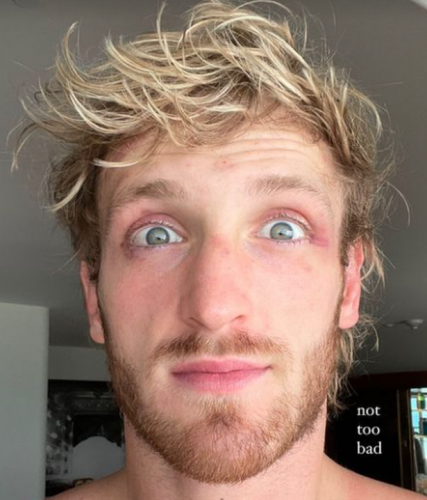 Logan Paul didn't have many battle scars on Sunday night

Over the eight rounds, two particular discrepancies were noticeable on either side; the experience and the size.

Mayweather was clearly the more accurate, fluid and quick fighter of the two from the bell, but Paul's massive 35 lb weight advantage allowed him to hold and frustrate the boxing legend, and ultimately take the fight the distance.

As he has become known for, Mayweather allowed Paul the first two rounds to attempt to land an early knockout, and then got to work breaking down the YouTube star.

And despite the boxing great landing some punishing shots over the course of the next six rounds, Paul was able to get himself out of trouble by clinching, and even landed one or two decent punches of his own, despite missing 87% of the time.

Perhaps the most impressive aspect of Paul's performance was his ability to manage his output over eight three-minute rounds against a fighter of the calibre of Mayweather, refusing to tire despite not landing many of his punches.

Ultimately, the bout drew boos from around the arena for lack of action, but both men left earning an expected eight figure payday each.

"I had fun. You've got to realise I'm not 21 anymore," Mayweather said after the final bell. "He's better than I thought he was.

"He's a tough, rough competitor and I was surprised by him. He knew how to use his weight and tie me up."

And Paul, after 24 minutes of action was even able to do a small bit of showboating with seconds to go until the final bell, having gone the distance with an all-time great.

"I don't want anyone to tell me anything is impossible ever again," said Paul afterwards. "Everyone has it in them

"Floyd Mayweather, it was an honour. "You never know with this guy, I'm going to go home thinking, 'Did Floyd let me survive?.'

"This is the coolest thing ever."

Mayweather is now expected to hang up the gloves for good, and likely won't even return for big money exhibition bouts with the likes of Jake Paul and Conor McGregor.

Paul, on the other hand, is returning to his Puerto Rican training base, where he will help brother Jake prepare for his bout with Tyron Woodley on August 28.