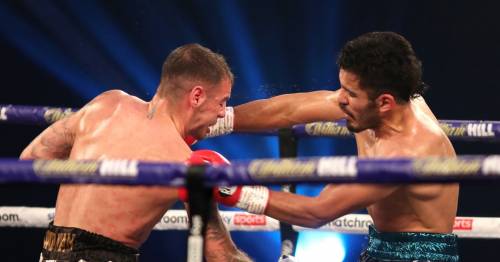 Lewis Ritson has explained the depths that internet trolls were willing to go after his controversial split decision win over Miguel Vazquez last year.

The Newcastle fighter won the inter-continental super lightweight title against Vazquez in Peterborough last October, but fans felt that he had been the recipient of a very questionable decision after a poor showing.

And he says that some trolls took their abuse a step too far, sending rude messages about the fight to his ten-year-old niece on social media.

"Boxing fans are allowed their opinion, but there's a difference between opinion and calling us worse than s****," Ritson told Mirror Fighting.

"Look, 80% of the response was people calling me that, and I can take criticism; people saying 'Vazquez won, RIsty needs to improve,' but it's all the stuff that comes with it.

"But I had people messaging my niece who's only 10 saying 'your uncle's this, your uncle's that,' it gets a bit bang out of order at some points.

"I deactivated my Twitter for a little while to let things blow over, I don't usually do that but I had to because you'll find yourself writing back to everybody. 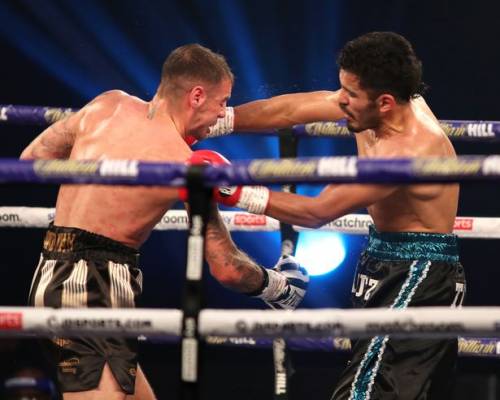 "Some of the stuff was not very nice and it got to a point where I couldn't really be bothered.

"You're a boxer at the end of the day, and when people are giving your niece stick you want to tell people to come and say it to your face, but they won't and that's what Twitter is there for.

"I just had to calm down a bit, deactivate Twitter, get back in the gym and remember that it was only last year after the Robbie Davis fight that everybody was talking very well about me."

Ritson is now set to face Jeremias Ponce on Saturday night in his hometown of Newcastle, with a mandatory challenger spot to face undisputed champion Josh Taylor on the line.

And he believes that his next fight should he beat Ponce could be ordered by the IBF to be against Taylor, who recently captured all the belts in an historic Las Vegas showdown with Jose Ramirez.

"I look at a lot of the lads in the IBF top 10 and I wouldn't be afraid of any of them, but then Josh is a little bit special isn't he? He's beaten everybody and fought the best.

"There are certainly some people in boxing who you'd love to avoid and obviously he's one of them, but if he refuses to give up his belt and I had to fight him next then so be it."

Ritson's fight with Ponce takes place in front of a crowd of 1,000 fans this weekend, the first Matchroom Boxing show of the year in the UK to allow spectators.