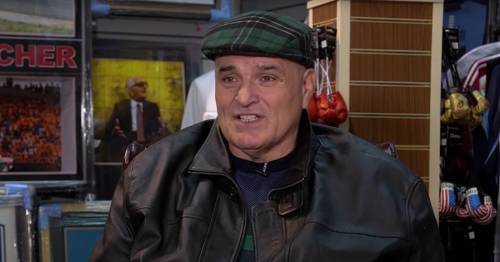 John Fury has admitted he is irritated by the prospect of Tyson Fury having to face domestic rival Dillian Whyte next year.

The 'Gypsy King' is expected to be ordered to face Whyte by the WBC in a mandatory defence, but the ruling is currently on hold while a legal dispute between the 'Body Snatcher' and the organisation is resolved.

The heavyweight champion is currently the leading star in the division having defeated Deontay Wilder in a trilogy match-up last month.

But Fury Sr is hoping his son pursues alternative options if Whyte shows him a lack of respect.

"I am irritated and bothered about giving him [Whyte] a payday," Fury Sr told Rob Moore. "But it is nothing to do with me, Tyson thinks I am an idiot like the rest of my sons!

"I just wouldn't give it to them, I would say 'here you are I'm going to bin the belts and box him down there for a quarter of the money'.

"But Tyson can they afford him I say not but let's just see because Tyson's prices are high at the moment. And can they put it together, no.

" Eddie Hearn at the moment – no disrespect to him – but he is so jealous of Tyson. I watch his interviews and I can just see the jealousy coming out of him.

"He isn't thought of as the the number one guy anymore because he thought he had everything in AJ, although I still think he can win his titles back. I now think Hearn is just a spoilt kid."

Hearn may not have a direct say in Whyte's future contest with Fury, after he confirmed the heavyweight star will act as a free agent in a bid to make the fight negotiations as smooth as possible.

And after waiting for a world title shot since his victory over Robert Helenius in 2017, it is hardly surprising Whyte wants to cash in on his shot after nearly losing his interim champion status with defeat to Alexander Povetkin that he later avenged.

Will Tyson Fury hand a shot to Dillian Whyte next year? Let us know your verdict in the comments section below

Fury has hinted at hanging up his gloves in the aftermath of a historic win over Wilder, which led to Whyte expressing his fears over losing out on his long-awaited world glory attempt.

Shortly after Whyte expressed his fears of losing out on his long-awaited world glory attempt.

But the 'Gypsy King' is confident of returning to the ring early next year and has threatened to fire his promoters if he is unable to secure an opponent for February.

"I am definitely fighting end of February or early March and that is one million per cent," Fury told IFL TV. "There is no if, buts or maybes about it.

"Or I will sack my entire promotional outfit and promote myself as Gypsy King promotions, there you go.

"But either way I will be fighting at the end of February or early March."