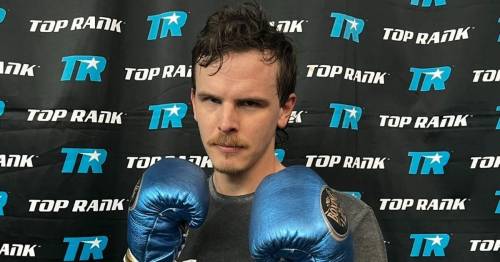 Several YouTube creators will take part in a charity boxing event in Tampa, Florida tonight with all financial proceeds set to be donated to the American Heart Foundation. Both of the main-event fighters have huge subscriber bases on the streaming service with tournament founder iDubbbz holding 7.5 million fans while his rival boasts an incredible nine million.

iDubbbz who is the self-proclaimed 'YouTube boxing guru' came up with the event to stage his maiden boxing debut after having been a long-term fan of the fast-emerging YouTube boxing scene. Several content creators will also lace up their gloves for the first time including Farley (Epic Meal Time) who will face EgoRaptor in the co-feature bout.

The ring walks for iDubbbz's maiden YouTube boxing appearance against fellow star Dr Mike are expected around 1am UK time with the card beginning at around 9pm.

The social media star has been trying to set up a clash with fellow content creator Ricegum since 2018, but has now created this tournament to raise funds for those in need to show his new love for the sport.

Tickets are available to purchase the stream for customers in a limited pre-sale quantity on the Moment House website with customers available to buy the event here. The event is currently priced at £19 after the limited entry sale expired shortly after the announcement of the event.

On the day of the YouTube boxing festival, the event will be available at £26.50 with proceeds from any sale being donated directly to the charities.

I did a thing vs TheOdd1sOut

iDubbbz: “We want everyone to know this is a serious sport. You can’t play boxing. It’s real. I want casual fans to know that, casual fight fans, YouTubers, and other influencers stepping into the ring.”

“It gives a lot of attention to people who are truly grinding in the sport. A lot of us, you can’t call nine months grinding compared to these guys. They have been training for months, and we can’t wait to show you what they can bring to the table. Influencer boxing has previously been very money-driven and our goal is to bring attention back to the sport, while delivering fun and interesting personalities for an all-around great show for some great causes."

Dr Mike: “A lot of it has been very circus-like,” the physician-turned-fighter said. “I think it needs some quality people coming in and proving that influencers want to take this seriously and are capable of taking it seriously.”