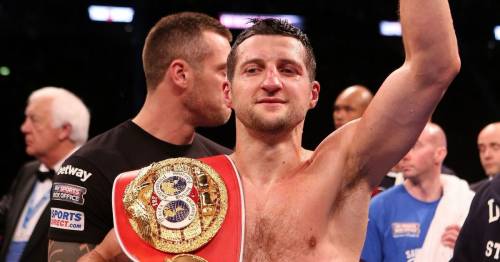 Carl Froch is in talks to return to the ring to take on legend Roy Jones Jr in an exhibition bout.

Froch hung up his gloves after the second of two fights with fierce rival George Groves for the unified super-middleweight title in 2014 at Wembley Stadium.

He had hoped to fight one last time in Las Vegas but was unable to agree terms – but has since floated the idea of a return to the ring for shorter exhibition bouts.

And Nottinghamshire Live reports negotiations with Jones Jr could be completed this week with Froch's home city in the running to host the bout.

Jones, considered one of the best fighters of all time, would like to host the fight at Wembley, the site of Froch's last bout with Groves, but it appears that either the Motorpoint Arena or the City Ground in Nottingham are the frontrunners. 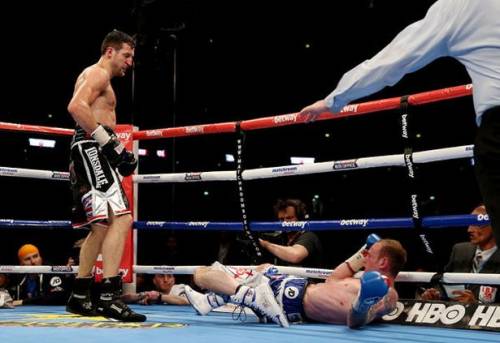 Carl Froch could be coming back to the ring

Froch hasn't fought in his hometown since November 2012 when he stopped Yusaf Mack in front of his hometown crowd at the Nottingham Arena.

The bout would likely take place under similar circumstances and rules to Jones' recent exhibition fight with Mike Tyson in November last year.

Tyson and Jones fought to a draw in a pay-per-view event that drew in the sixth largest pay-per-view audience in boxing history, and featured a bout between YouTuber Jake Paul and NBA star Nate Robinson on the undercard.

Jones won world titles in four different weight divisions and is the only fighter in history to win belts at both middleweight and heavyweight. His final professional fight was a points win over Scott Sigmon in 2018.

Meanwhile, Froch hasn't competed in over seven years, and safety precautions would be taken for the sake of a shortened exhibition bout, which could include bigger gloves, or even headgear.

Froch has spoken about the bout before, telling TalkSport: “ If Roy Jones hits me with a jab on the nose and I’m thinking, ‘Ow, that hurt,’ I’m gonna be looking to land an uppercut.

“It could all get out of hand.”

Jones kept fighting at a professional level until 2018, and has amassed a record of 66-9 to Froch's 33-2. He now trains Chris Eubank Jr from his base in Florida.