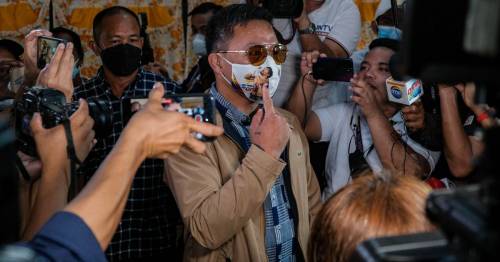 Manny Pacquiao has failed in his bid to become president of the Phillipines after he was beaten by Ferdinand Marcos Jr.

Pacquiao announced his intention to run for the presidency after retiring from the ring following defeat in his final boxing fight to Yordenis Ugas. The Filipino star was seen casting his vote in the election near his home in Sarangani but polling figures earlier in the day suggested Marcos Jr had done enough to win.

Official results have confirmed Pacquiao fell short, finishing behind runaway winner Marcos Jr and Leni Robredo. Pacquiao claimed earlier in the week that the initial polling figures had been incorrect having seen him positioned third. Several political factions wanted Pacquiao to quit earlier in the race and throw his support behind current vice-president Robredo.

Prior to the result Pacquiao thanked his supporters and called for political change irrespective of the result. "I am a boxer. I am used to whatever contest there is," he said. "I am letting the people decide. But remember, regret is always at the end. We have always regretted our decisions, so let’s not repeat our mistakes now.

"If you want true change, which we have been looking for for a long time, join me, so that you can see the true change and we can discipline erring officials who take advantage of their positions for their personal gains."

Despite the result, Pacquiao is unlikely to return to the ring after his disappointing performance against Ugas, even though his retirement was based on his plans to campaign for the presidency. His mission to become president formally began in October last year, just two months after his final bow in the ring.

Would you like to see Manny Pacquiao return to the ring? Let us know in the comments section below

Several tempting options could emerge for Pacquiao if he elects to make a comeback including a meeting with pound-for-pound ranked Terence Crawford. 'Bud' previously suggested he was devastated that a previous deal to make the fight collapsed.

"It would have been without a doubt a history duel between fighters that have reigned in several weight classes," Crawford said. "I was real disappointed not getting that fight. We were two days from securing the fight, a lot of things happened, Manny Pacquiao's side lied to us, it's a whole bunch of things and reasons why that fight didn't happen."

Previous : Wind is wild card in fires burning in New Mexico, Arizona
Next : New mums take five months to settle back into workplace after having baby, study finds