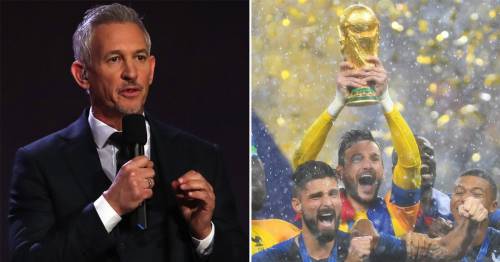 The BBC are reportedly set to move its annual Sports Personality of the Year programme from its traditional Sunday slot due to the 2022 World Cup final.

The iconic sporting event has been running since 1954, but in 1982 was moved to a Sunday evening. That year, it was decathlete Daley Thompson who triumphed, having broken the world record on his way to winning European gold in Athens.

Including Thompson's triumph, 39 of the last 40 shows have been held on a Sunday. The only exception came in 2011, when cyclist Mark Cavendish was crowned winner on a Thursday night.

But now, according to the Daily Mail , BBC bosses are fearing a potentially disastrous clash with the World Cup final in Qatar, which like this year's programme, is scheduled for December 18. The game is scheduled to kick off 3pm UK time, so even in the event of extra time and penalties, there would be little danger in any overlap in coverage.

However, should England reach a first World Cup final for 56 years, it would spell potential trouble for the awards. The team would in all likelihood miss out on a number of honours due to the tournament being held later in the year than usual.

Furthermore, presenter Gary Lineker is almost certain to be out in Qatar, meaning he would be absent from SPOTY. The Mail report that the BBC is currently holding discussions over the issue, with a view to making it a midweek night before Christmas.

That may have a detrimental effect on viewing figures, although bosses believe that large groups gathering to watch the final would have a more severe impact. Especially if the Three Lions did go all the way.

Last year's award was won by Emma Raducanu after her sensational US Open tennis success. The tennis star took the prestigious gong ahead of Tom Daley in second place, and Adam Peaty in third – and other nominees boxer Tyson Fury, footballer Raheem Sterling and Para-cyclist Dame Sarah Storey.

In doing so, Raducanu became the first first female tennis player to win the award since Virginia Wade in 1977. However, the teenager may need a second 'fairytale of New York' to be in contention again this time around.

The current favourite with the bookies is Ronnie O'Sullivan, after he captured a seventh world championship crown this month. O'Sullivan beat Judd Trump at The Crucible to equal the record set by Stephen Hendry.

Fury is also expected to be in the running after his latest heavyweight title defence against Dillian Whyte. However, 'The Gypsy King' has been scathing about the award in the past, claiming he doesn't want to win it.