With millions out of work, nursing homes under siege from coronavirus plead for more staff 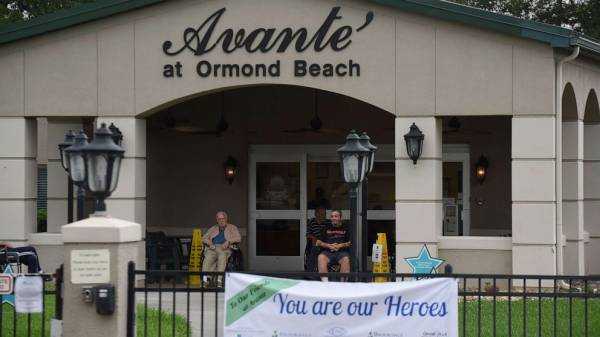 As the residents and staff at the Suwanee Health and Rehabilitation Center in Florida started testing positive for the novel coronavirus mid-March, Brandy Kinsey said she began confronting an impossible choice – keep her job or protect her life.

“I loved my job but I couldn’t go back,” Kinsey said of her workplace, where 47 staff members and 59 residents have contracted the virus. “We are supposed to be brave, but I think people don’t realize how scary it is for us, especially if you have family waiting for you at home.”

Kinsey left her job – one of many who have done so as thousands of staff and residents fall ill in the nation’s 15,000 long-term care facilities.

Industry officials told ABC News the demand for skilled aides in long-term care facilities has never been higher, and with millions of Americans joining unemployment rolls, there are indications some are considering answering that demand. But with facilities beset by coronavirus infections, the prospects of filling those openings to help the most vulnerable Americans remains a source of great uncertainty.

“When we look at bringing people on board, you’re asking them to run into the fire… into something that is unknown,” said Mark Gloth, the medical director for HCR Manorcare, one of the nation’s largest providers of nursing and long-term care. “The health care worker shortage is real, and it is particularly concerning in the skilled nursing facilities where we are caring for the frailest of the frail.”

The need for workers has spiked as coronavirus has taken hold inside the facilities. There is no federal count of how many employees have tested positive or died as a result, and few states keep track of employee infections.

But there is no question there are heightened risks, said Gloth, who said 560 of Manorcare skilled nursing facility employees have been infected and four have died in the outbreak.

Overall, as of last week more than 10,000 nursing home residents had died in the 28 states that keep track.

In New York City last week, one home announced it had suffered 98 deaths. Another in New Jersey saw 70 residents perish from the illness. At the Canterbury Rehabilitation and Healthcare Center just outside of Richmond, Virginia, 49 residents died.

Dr. Jim Wright, who is medical director at Canterbury, told ABC News that as the virus began to spread at his facility, he immediately realized staffing would be a concern. Employment agencies and training schools he typically relied on to fill openings were suddenly refusing to send anyone to Canterbury.

“We had staff that simply would not show up,” Wright said. “I was in the trenches and I was doing things that I normally don’t do… I was answering call bells. I was changing beds. My administrator was serving trays, serving water. It was all hands on deck. It was really tough.”

Early on in the outbreak, facilities took different approaches to staffing. Some asked those who tested positive to self-quarantine, while others, facing desperate nursing shortages, kept their aides working.

April Verett, President of the SEIU chapter in California, a labor union that represents many nursing home workers says many employees at nursing homes are being asked to work in unsafe conditions, without proper protection gear.

“Low wage workers, almost always women, are walking into infection zones without the most basic of protections,” Verett said. “Raincoats and rags turned into isolation gowns and face masks are not adequate stand-ins for medical grade [protective gear].”

That need has created a unique challenge for the nursing care industry, which is typically staffed by certified nursing assistants, or CNAs. As the jobs have become increasingly dangerous, the homes have never been in more urgent need of new recruits.

With the unemployment rate in the U.S. skyrocketing amid widespread economic shutdown, it appears some of the unemployed are heeding the call.

Wade Williams had just celebrated his first anniversary as a territory account specialist for a pharmaceutical company in Washington State, when he was abruptly laid off on February 28.

He was devastated, and with no income to support his three teenagers, desperate. So, like many who have faced sudden joblessness, Williams began to contemplate work in a much higher-risk setting.

“It was something I had to do for my family and for my community,” Williams said in explaining why, a week after being laid off, he entered training to become a certified nursing assistant. “I needed to support my family, but I also felt it was the right decision for me.”

Training schools like Maryann’s CNA School in Washington State told ABC News they are seeing an overwhelming increase in enrollment, with slots quickly filling up through July. While certified nursing assistants work in a variety of healthcare settings program director Maryann Wilson said she is placing most of her students where the need is greatest — in nursing homes.

“I’ve had to turn people away,” she said. “People want to give back and they want to work.”

The assisted living facilities and nursing homes, she said, “are reaching out to me” to help with staffing.

Many of the facilities are desperate. Broadway by the Sea in Long Beach, Calif., began reaching out for a new slate of full time workers after 27 staff members tested positive.

“Everyone is being called to sacrifice right now, and healthcare workers are our heroes on the front line,” said facility spokeswoman, Nicole Francois.

U.S. Sen. Tim Kaine, a Virginia Democrat, said he has struggled with the question of how to improve the pay-scale for an industry that should be respected and revered.

It’s not clear whether the pandemic could change that. But facilities like Broadway By The Seas have recognized the stress that the virus has placed on staffing, and are offering “Hero Pay,” more money for those healthy employees willing to work during this time. The facility requires current employees and new recruits to receive two negative test results before working.

Kinsey, who left her job in Florida out of fear of infection, said under better circumstances, she would be back.