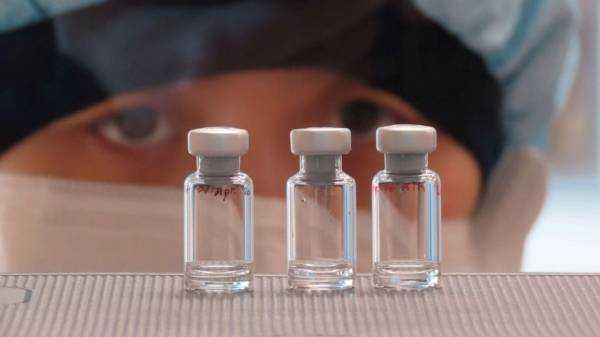 LONDON —
As soon as the news of the novel coronavirus, which originated in Wuhan, China, broke in early January, scientists at the historic University of Oxford began to work on a vaccine.

With over 100 potential vaccines in development around the world, according to the WHO, the team at the University of Oxford appears to be at the front of the pack. That could make Simeon Courtie, 50, as one of the vaccine’s 1,020 volunteers, a part of history.


“The reason I chose to volunteer for this vaccine trial is because when I saw it on Twitter, my first instinct was to want to do something useful,” Courtie, a former TV presenter, told ABC News. “And I know that scientists find it really hard to find human volunteers for things. So I thought, well, here’s a way that I can kind of redress the balance a bit and maybe help.”


Oxford’s speed in part was down to the fact that the group was already working on several vaccines for a disease simply designated as “X,” which was “the name given to an unknown disease that will cause a pandemic in the future.”

COVID-19 was designated as disease X in early January, so the team was in a strong position to put their plans into place quickly.

Like thousands of others in the U.K., Courtie, along with the youngest of his three daughters, signed up, with his family’s enthusiastic consent.

His daughter was rejected from the trial during the extensive screening stage. In addition to filling out forms of his medical history and taking a COVID-19 test to insure he has not yet had the disease, the university required a psychological background check.


A week after he applied, the news came through that he had been accepted, and he was invited into the Jenner Institute (a group working alongside the Oxford Vaccine Group) where the science behind the race to find a vaccine was explained to the volunteers.


Initially, the first human trials for the Oxford vaccine were expected to involve 510 people. Of that number, 250 would be given the coronavirus vaccine, another 250 in the control group a meningitis vaccine, and 10 a double dose of the coronavirus vaccine. But, with so many applicants, the authorities decided to double the number of volunteers on all counts, which could provide a stronger set of data, Courtie said.


Currently the clinical trials are in phase 1, to determine the vaccine’s safety in humans. This will be followed by phases 2 and 3, which will involve expanding the trial to a greater number of volunteers and will determine the vaccine’s efficacy in combating the virus. The first results could come as early as September, scientists at the university have said.


Last week, Courtie was given an injection, though crucially he does not know whether he is part of the control group or was given the vaccine.


“They said you might get flu symptoms, maybe a temperature fever, maybe aching bones, aching muscles, whatever,” he said. “And that night I had a really bad night’s sleep. I was really hot. I was, I had a headache all night. I got up at 4 in the morning and took headache tablets. And it really felt like I was fighting a bad cold. And I thought, this is it. Here we go. And, you know, the next day I felt fine.”


In the meantime, Courtie’s job is simple. Each day, he checks his temperature and registers it in an electronic diary, and has to alert the authorities if he develops any symptoms of COVID-19.


The U.K. now has the second highest COVID death toll, behind the US, according to data compiled by Johns Hopkins University. The government has said it will be “throwing everything” at the development of the vaccine, and Courtie says there is now a palpable excitement, as demonstrated by a recent conversation with a clinician.


“One of the things that I’ve not really shared with anyone yet, because it’s only recently happened, is the palpable excitement that there is at the Jenner Institute,” he said. “I was saying, isn’t it brilliant, you know, that, you know, these scientists, there’s a race on here and we’re in first place. You know, we’re going to do it. And she was saying it’s so exciting. Everybody here feels like we’re doing it.”


While the rest of the trial is a waiting game for the Oxford volunteers, Courtie admits with good humor that not knowing which vaccine he was administered with is “driving him mad.”

“You’ve had it. So that’s why they tell you. Is it nagging at my my mind? Yes. I am obsessed with this thought. It’s driving me mad.”