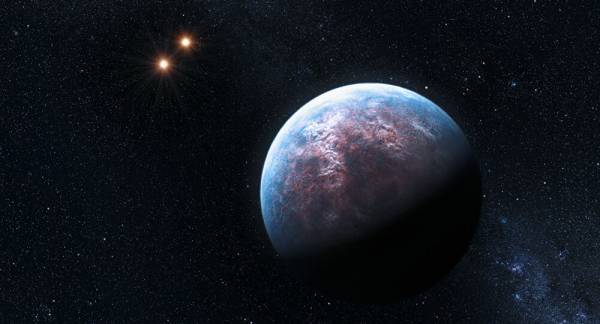 The planet, some 90 light-years away from Earth, has a temperature similar to our own planet, exciting scientists.

A recently-discovered planet is intriguing scientists in their hunt for extraterrestrial life.

Exoplanet TOI-1231 b, orbiting a red dwarf star every 24 days, was found by researchers from Nasa’s Jet Propulsion Laboratory and the University of New Mexico to have an atmosphere approximately 330 Kelvin or 140 degrees Fahrenheit. In layman terms, this makes it one of the coolest small exoplanets accessible for atmospheric studies out of any discovered before.

In their research, titled “TOI-1231 b: A Temperate, Neptune-Sized Planet Transiting the Nearby M3 Dwarf NLTT 24399,” the team study the dwarf star orbited by the exoplanet to measure both the radius and the mass of TOI-1231 b.

This data provided them with the calculations of density and allowed the team to theorise about the planet’s composition.

The planet, smaller but older our own Sun, is a sub-Neptune sized body. It’s eight times closer to its star than Earth is to the Sun. What is fascinating for scientists is that its temperature is similar to our home planet.

Neptune, the Eighth Planet from the Sun, Nicknamed “The Windy Planet” for its winds that can surpass 1,100 mph.

Scientists claim it’s possible that clouds are present high in the exoplanet’s atmosphere, which could be evidence of water. “Future observations of this new planet will allow us to determine just how common (or rare) it is for water clouds to form around these temperate worlds,” said Nasa JPL scientist Jennifer Burt.

Assistant Professor in UNM’s Department of Physics and Astronomy Diana Dragomir added that further study will be necessary to understand what the exoplanet is composed of.

Subsequent research could allow astronomers to understand how planets form differently around M dwarfs, as compared to the planets around our Sun.

“One of the most intriguing results of the last two decades of exoplanet science is that, thus far, none of the new planetary systems we’ve discovered look anything like our own solar system,” said Burt.