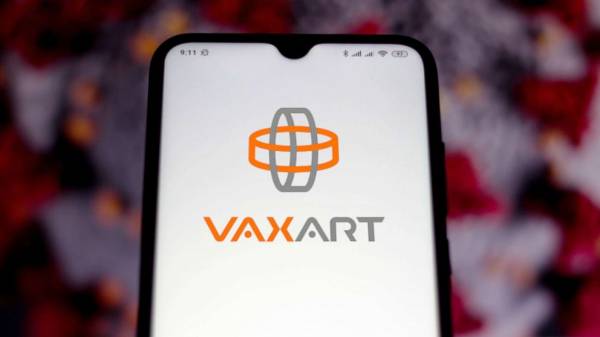 Vaxart, a small California biotechnology working on a COVID-19 vaccine, is now being investigated by the government and sued by investors for allegedly exaggerating its role in the Trump administration’s Operation Warp Speed, a multibillion dollar program to accelerate COVID-19 vaccine and treatment research.

The biotech’s experimental vaccine candidate is unique because it is an oral tablet, as opposed to administered by an injection, like many of the others in development. Operation Warp Speed has granted billions of dollars to more than a half-dozen pharmaceutical companies based on the promise of their vaccine technology.

But in June of this year, Vaxart claimed it was “one of the few companies selected by Operation Warp Speed, and that ours is the only oral vaccine being evaluated.”

The announcement sent its stock price skyrocketing to $17 from less than $3 a share prior to the news release. Within days, a hedge fund that partly controlled the company, Armistice Capital LLC, sold shares, reaping a $200 million profit on alleged insider trades.

The problem, however, is that Vaxart was not among the pharmaceutical companies selected by the U.S. government through Operation Warp Speed to receive substantial funds to support their research and production efforts. Rather, its involvement with the program was limited, with its vaccine candidate selected for sponsorship in their preliminary test studies on animals.

On Oct. 14, Vaxart revealed in a Securities and Exchange Commission filing that it is being investigated by federal prosecutors and the SEC over the disclosure of its involvement in Operation Warp Speed.

“In August 2020, the Enforcement Division of the Commission requested that the Company provide, on a voluntary basis, a variety of documents that broadly pertain to same subject matters of the documents provided to the U.S. Attorney’s Office, and related matters,” the company wrote in its SEC filing. “The Company has voluntarily provided documents requested by the SEC and is cooperating with this informal inquiry.”

The company was served with a grand jury subpoena in July from the U.S. District Court for the Northern District of California. “We are cooperating with the U.S. Attorney’s Office regarding these requests and have provided documents and information in response,” it wrote.

Such lawsuits are not uncommon, according to Ohio State University professor of law and public health Efthimios Parasidis.

There are occasionally “classic pump and dump scheme[s]” when a smaller company puts out an exaggerated claim, as alleged in the Vaxart lawsuits, Parasidis told ABC News. “The market realizes the claims are exaggerated, the stock falls and then these lawsuits happen.”

It is important to note that the company’s actions may not always be intentionally devious, added Parasidis. At times, “startup companies get so excited at the prospect of making money that they sometimes shoot out press releases without a proper review.”

Despite the ongoing controversy, Vaxart shares soared again this week after the company announced a major milestone in its COVID-19 vaccine research.

The company said it had begun its first-phase trial on 48 volunteers aged 18 to 54 years old after initial tests on hamsters yielded promising results. This week, Vaxart said it had administered its first oral dose to a volunteer.

The company is not currently receiving federal funding as part of Operation Warp Speed.

Vaxart did not immediately respond to ABC News’ request for comment.