The Latest: Spain unemployment is highest in nearly 4 years 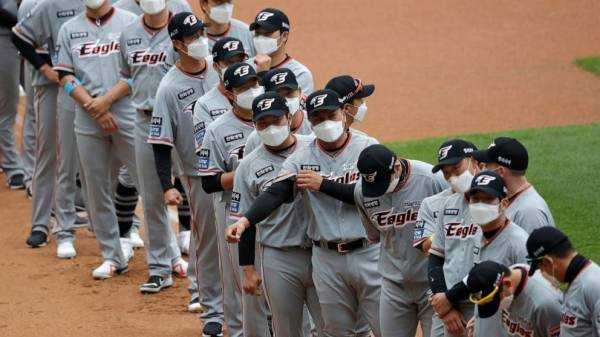 MADRID — The Spanish government says that the halting of most economic activity during April’s strict confinement shot up unemployment to a total of 3.8 million, the highest figure in nearly four years.

Altogether 282,891 people registered as jobless in April, or 8% more than a month earlier, data published on Tuesday by Spain’s Labour Ministry shows.

More than 300,000 people had already gone jobless the previous month, after authorities enacted a state of emergency on March 14 that provided the legal framework to confine Spaniards at home and deal with a pandemic that has killed at least 25,000.

The jobless statistics don’t include the millions of workers in Spain that have been furloughed or seen a temporary reduction in the number of hours that they are working.

The government wants to prolong the state of emergency for two additional weeks to May 23, although opposition parties argue that the government doesn’t need special powers during the lockdown roll back and are threatening to block the extension when the bill reaches parliament on Wednesday.

CANBERRA, Australia — Australia’s prime minister still suspects the new coronavirus originated in a Chinese wildlife market despite U.S. Secretary of State Mike Pompeo advocating a theory that it began in a laboratory.

Prime Minister Scott Morrison said Tuesday that he had written to Group of 20 government leaders calling for a “proper assessment” of the origins of and government responses to the COVID-19 pandemic.

Pompeo, who has backed Australia’s call for an independent review, told ABC’s “This Week with George Stephanopoulos” that there is “enormous evidence” that the virus began in the Wuhan Institute of Virology.

The institute, which is run by the Chinese Academy of Sciences, is about 8 miles (13 kilometers) from a market considered a possible source of the virus.

Asked about the lab theory, Morrison told reporters Australia works closely with the United States and cannot rule out potential origins. But he said a wet market was “most likely” the origin of the pandemic.

China has dismissed calls for an international inquiry independent of the World Health Organization and has accused Australia of parroting the United States.

WASHINGTON — On board the coronavirus-stricken USS Theodore Roosevelt, the crew is getting the aircraft carrier ready to head back out to sea.

For the ship’s commander, Capt. Carlos Sardiello, the road to recovery has been a challenge. For the crew sidelined in Guam for more than a month, it’s been an emotional roller coaster.

Sardiello was a former Roosevelt captain when he abruptly returned to the ship in early April to take command after Capt. Brett Crozier was fired for urging faster action to stem the virus outbreak onboard.

More than 4,000 crew members went ashore last month. While more than 2,000 are back on board, at least 1,000 are still testing positive for the virus and remain on land. And the close to 700 crew members who had been protecting and running the Roosevelt and systems aboard have now moved into hotels and other facilities on the island for their quarantine.

When it’s time to return to the ship, boarding takes place in slow, meticulous waves. Wearing gloves and masks, the crew members climb onto sterile buses only after they’ve had two negative tests for the virus. They are screened and checked when they get on the bus and again before they board the ship. Even a simple sniffle can get them turned back.

Those who had stayed on the ship did deep cleaning four times a day.

WELLINGTON, New Zealand — The leaders of Australia and New Zealand say they’re committed to resuming travel between the two countries as soon as they can do so safely.

The announcement Tuesday came after New Zealand Prime Minister Jacinda Ardern took the unusual step of joining Australian counterpart Scott Morrison and his National Cabinet for a discussion by video link. Morrison said he’d been talking to Ardern for several weeks about creating a safe travel zone between the countries.

“It is still some time away,” Morrison said. “But it is important to flag it because it is part of the road back.”

TEHRAN, Iran — The new coronavirus pandemic has brought back something unseen in Iran since its 1979 Islamic Revolution: a drive-in movie theater.

Once decried by revolutionaries for allowing too much privacy for unmarried young couples, a drive-in theater now operates from a parking lot right under Tehran’s iconic Milad tower, showing a film in line with the views of hard-liners.

Workers spray disinfectants on cars that line up each night here after buying tickets online for what is called the “Cinema Machine” in Farsi. They tune into the film’s audio via an FM station on their car radios.

With stadiums shut and movie theaters closed, this parking-lot screening is the only film being shown in a communal setting amid the virus outbreak in Iran, one of the world’s worst. Iran has reported more than 98,600 cases with over 6,200 deaths, though international and local experts acknowledge the toll is likely far higher.