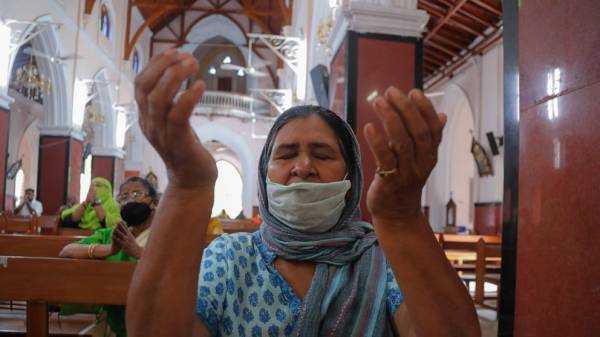 Malaysians can now travel for domestic holidays, get haircuts and shop at street markets. Schools and religious activities also will gradually resume.

While happy to be back at work, hairstylist Shirley Chai she is nervous about the strict health rules for hairdressers, especially the one-hour limit for each client.

“I couldn’t sleep at all last night. Very excited because everything is changing,” she said at her salon in a Kuala Lumpur shopping mall.

Malaysia has entered a “recovery” phase until the end of August with certain prohibitions still in place, but officials warn restrictions will be reinstated if infections soar again.

Night clubs, pubs, karaoke bars, theme parks and reflexology centers will stay shut during this period. Contact sports or those that involve many spectators such as football, and activities involving mass groups, are still banned.

Malaysia has had 8,336 confirmed infections and 117 deaths. Daily cases have dropped to only seven since Monday, the lowest since the lockdown started March 18.

HERE’S WHAT YOU NEED TO KNOW TODAY ABOUT THE VIRUS OUTBREAK:

— The sudden easing of lockdown rules in Moscow has made Kremlin critics suspicious.

— The U.K. government acknowledges that not all young children will be back in school before summer break.

— Experts worry that a further surge of the coronavirus in under-developed regions with shaky health systems could undermine efforts to halt the pandemic. Brazil, Mexico, South Africa, India and Pakistan are among the countries easing lockdown restrictions before their outbreaks have peaked and without detailed surveillance and testing systems in place.

— Some cruise lines are hoping to set sail this summer even with images of coronavirus-ravaged ships still fresh in many potential passengers’ minds. The U.S. Centers for Disease Control has prohibited cruises in U.S. waters through July 24. Operators in Europe and Asia could sail sooner. But most big cruise lines are using this time to upgrade their ships and figure out how to operate safely in the choppy business waters.

— The pandemic marks the debut of Chinese companies as global humanitarian donors. As the coronavirus spread, the world’s richest communist dug into his deep pockets. Jack Ma, founder of e-commerce giant Alibaba Group, helped to pay for 1,000 ventilators delivered to New York in April. Ma’s foundation also is giving ventilators, masks and other supplies in Africa, Latin America and Asia.

HERE’S WHAT ELSE IS HAPPENING TODAY:

NEW DELHI: India reported a new rise of nearly 10,000 coronavirus infections Wednesday, with a total caseload of 276,583, the fifth highest in the world.

Maharashtra, Tamil Nadu and New Delhi are the worst-hit states.

The spike comes as the government reopened restaurants, shopping malls and places of worship in most of India after a more than 2-month-old lockdown. Subways, hotels and schools remain closed.

India has so far tested more than 4.9 million people with a daily capacity crossing 140,000.

The number of new cases has soared since the government began relaxing restrictions. There has also been a surge in infections in rural India following the return of hundreds of thousands of migrant workers who lost their jobs during the lockdown.

SEOUL, South Korea — South Korea has reported 50 new cases of COVID-19 as officials begin requiring nightclubs, karaoke rooms and gyms to register their customers with smartphone QR codes so they could be easily located when needed.

The figures from the Korea Centers for Disease Control and Prevention on Wednesday brought national totals to 11,902 cases and 276 deaths. At least 41 of the cases were reported from the densely populated Seoul metropolitan area, where officials have struggled to trace transmissions linked to entertainment venues, church gatherings and low-income workers who couldn’t afford to stay home.

Since late May, the country has been reporting around 30 to 50 new cases per day, a resurgence that has threatened to erase some of the hard-won gains against the virus as people begin to ease on distancing.

The nationwide requirement of QR codes at “high-risk” venues come after a week-long trial run in the cities of Seoul, Incheon and Daejeon, where some 300 businesses used an app developed by internet company Naver to collect the information of some 6,000 customers. The government is also encouraging churches, libraries, hospitals and movie theaters to voluntarily adopt the technology.

BEIJING — With much of the country re-opened under safety measures, China has announced three new confirmed cases of coronavirus, all brought from outside the country.

No new deaths were reported Wednesday and just 55 people remain in treatment for COVID-19, while another 157 were being monitored in isolation for showing signs of having the virus or having tested positive for it without showing symptoms.

China has reported a total of 4,634 deaths among 83,046 cases of COVID-19 since the virus was first detected in the central Chinese city of Wuhan late last year.

NEW ORLEANS — New Orleans is getting ready to let the good times roll in casinos and bars again — with restrictions aimed at preventing the spread of COVID-19.

The city was once a major hot spot for the disease caused by the new coronavirus. But the city began easing restrictions restaurants and other businesses in May.

And on Tuesday, Mayor LaToya Cantrel, outlined plans to lift more restrictions this coming Saturday. That means bars and casinos can open — although at only 25 percent capacity.

The city’s Department of Cultural Affairs and Special Events announced Tuesday that it had scrapped all permitted special events including the Taste of Chicago, the Chicago Air and Water Show and the Chicago Jazz Festival through Sept. 7.

Mayor Lori Lightfoot says allowing massive crowds to congregate in downtown “’makes no sense” given how COVID-19 spreads. She acknowledges that it means a big revenue loss for the city, which now projects a $700 million budget shortfall.

Meanwhile, another major trade show has also been canceled.