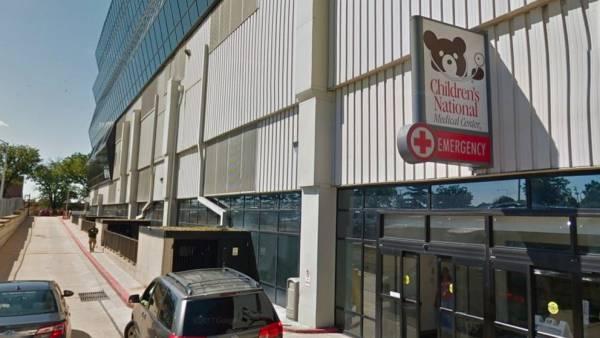 In less than 24 hours, Children’s National Hospital in Washington, D.C., admitted several children with COVID-19 who are also experiencing a constellation of symptoms that resemble “Kawasaki disease,” a rare inflammatory syndrome typically affecting children under the age of 5.

On Wednesday, a representative from Children’s National Hospital said the children exhibited “Kawasaki-like characteristics,” joining a growing number of hospitals in the U.S. and U.K. that have reported similar cases. The representative has since confirmed that one of these children was officially diagnosed with Kawasaki disease. Symptoms of the disease include fever, rash, eye irritation, swollen lymph nodes and/or swelling of the hands and feet.

The disease- has been linked to COVID-19 in some children, but the exact cause remains a medical mystery.

These American cases are raising new concerns of a new global pattern emerging of critically ill children with COVID-19.

On Sunday, the Paediatric Intensive Care Society (PICS) in the U.K. tweeted about a rise in cases of children in critical condition. These children were manifesting a “hyperinflammatory state” that was “multi-system” and seemed to share common features with two existing rare diseases, alarming medical experts.

The link between Kawasaki syndrome and COVID-19 is still not well established. The UK Kawasaki Disease Foundation released a statement Wednesday, saying that many children with the disease tested negative for COVID-19 and “there is no current evidence of any increased incidence or greater susceptibility to COVID-19 infection for children who had Kawasaki Disease in the past.”

Nevertheless, some American physicians are taking these reports very seriously.

MORE: The impact of COVID-19 on infant and child health care, beyond missed vaccinations

COVID-19 cases in children are mostly mild and infrequent — only 5% of cases nationwide were in children. The PICS alert, however, sheds light on what could be a newly identified manifestation of the infection in children.

In U.S. hospitals, physicians are noticing varying similarities with the U.K. report and their own cases.

Dr. Michael Bell, the division chief for critical care at Children’s National Hospital, said 10 children in the hospital’s pediatric ICU have experienced “severe inflammation,” determined by blood tests. The children also showed evidence of multi-organ injury, pointing to the wide impact of the inflammation on their bodies.

Dr. Audrey John, chief of infectious diseases at the Children’s Hospital of Philadelphia (CHOP), said the cases in the U.K. “definitely rang a bell with some cases we have seen here.”

“There is overlap between Kawasaki disease and toxic shock,” John said, adding that it would be hard to distinguish between them. The salient feature of toxic shock syndrome is severely low blood pressure as well as fever and rash, which also occur in Kawasaki disease.

Dr. Sunil Sood, a physician in pediatric infectious diseases at Cohen Children’s Hospital of Northwell Health, also believes the children he is seeing have a Kawasaki-like illness.

“What is striking to me is the rashes on their skin,” he said.

MORE: 12-year-old speaks out after beating COVID-19: 'I wanted for it all to stop'

Owing to the rarity of this severe inflammatory illness, not all children’s hospitals across the U.S. are seeing cases. Dr. Michael Neely, chief of the division of infectious diseases at Children’s Hospital Los Angeles, said his hospital has not seen any cases like those described in the U.K.

But Bell said these reports raise awareness and allow pediatric physicians everywhere to remain on the lookout for a wide spectrum of illnesses.

Neely said there is rapid and regular email communication among pediatric infectious disease centers globally to keep all abreast of what is occurring.

Overall, American hospitals are preparing for the worst, but hoping for the best.

“We are doing our best to take care of kids. We’re very ready in case they get sick. We’re hoping they don’t,” Bell said.