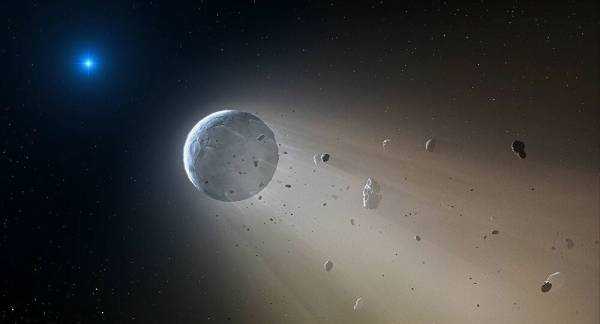 NASA’s James Webb Space Telescope is soon expected to be launched into space to succeed the aging Hubble Space Telescope, and suggestions have been made as to where it should look to find traces of extra-terrestrial life.

Astronomers from Cornell University said that exoplanets orbiting white dwarfs (WDs) should be thoroughly studied for the traces of alien life and the soon-to-be-launched next-generation James Webb Space Telescope will potentially come in handy in pursuing such an endeavour, a new study published in Astrophysical Journal Letters revealed.

The atmosphere of any potential exoplanets orbiting white dwarfs, which are much fainter than any new stars, can thus be probed with a help of powerful telescopes which can search for spectral biosignatures, such as methane and ozone. The powerful machines will be tasked with scrutinising the exoplanet’s transit in front of its dead hosting star, with scientists then analysing the planets’ atmosphere with the help of high-resolution images.

The Cornell paper can thus be defined as a kind of “spectral field guide” for future scientists that will help them study distant solar systems for signs of extra-terrestrial life, the Science Daily concluded, citing the comments from the researchers involved in the study.

“If we would find signs of life on planets orbiting under the light of long-dead stars, the next intriguing question would be whether life survived the star’s death or started all over again – a second genesis, if you will,” Kaltenegger revealed.

NASA’s James Webb Space Telescope (JWST), which is scheduled for launch in 2021, is exactly suitable for use making observations and searching for potential traces of alien life. JWST will come to succeed the old Hubble Space Telescope that was sent to the Earth’s low orbit in the early 1990s and has been providing high-level resolution images ever since; however his inheritor is believed to be even more “sensitive” and better equipped in this regard.

Previous : ‘A Threat to the Town’: Norwegians Protest Against US Arctic Radar Upgrade
Next : Aston Villa chief executive against completing season at neutral grounds