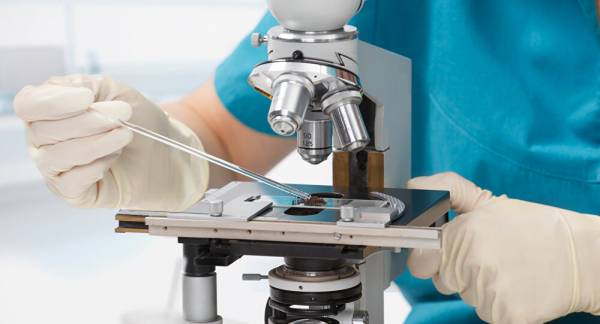 Researchers from Tomsk Polytechnic University (TPU) and Tver State Technical University (TvSTU) have discovered a way to enhance the accuracy of microscopes with a nanometre resolution by up to 10 times by offering a method to compensate for microscope tip oscillations, which have a negative impact on image quality.

The TPU specialists explained that the scanning probe microscopy method with nanometre resolution is based on obtaining a probe response to the interaction of the tip with the surface. There are many reasons for the lack of accuracy of the method. One of these is due to the instability of the cantilever, which ends with the tip.

The results of the study were published in the Journal of Applied Surface Science.

According to the scientists, normally only cantilever oscillations are considered by researchers. The tip vibrates together with the cantilever. However, the tip has its own oscillations and the frequency of these oscillations differs from those of the cantilever. The authors of the study have specifically studied the vibrations of the SWCNT (single-wall carbon nanotubes – ed. note Sputnik) tip.

The TPU and TvSTU researchers have analysed the SWCNT tip displacement from the equilibrium position, using a model of the mathematical pendulum, created a model of the equation of tip oscillations, and established an analytical connection between the tip parameters and the characteristics of its instability.

The authors of the study proposed implementing the tip oscillation compensation by discriminating the misalignment between the centre of the tip and the centre of the surface segment under the tip in the XY–plane, with their subsequent exclusion from the optical sensor signal using signal modulation.

According to the scientists, the proposed compensation method prevents the impact of the tip vibrations on the degradation of the atomic force microscopy image quality, reducing the blurring of the signal. It provides a higher degree of precision in determining a fragment of the investigated surface from 2 to 10 times, depending on its topography and the proportionality of its unevenness to the size of the tip.

In the future, the specialists plan to study the possibility of creating SWCNT tips with the given oscillation parameters by placing the atoms of the selected materials in the right sequence, considering the effect of deposition or absence of atoms in a graphene sheet. This can prove useful for many nanotechnology sectors, for example, in medicine, by applying an effect from the inside on blood vessel walls.