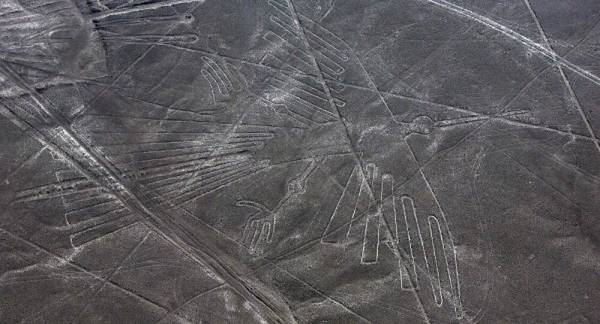 The illustration will join the list of geoglyphs in Peru, which are one of the biggest mysteries in archaeology due to their quantity and size. Scientists believe these drawings produced on the ground had ritual and astronomical functions.

Archaeologists in Peru have discovered a massive drawing of a cat, which lay undiscovered in the famous Nazca desert for more than 2,000 years. Peru’s Ministry of Culture said the design, which is 37 meters long, was hardly visible and was on the verge of disappearing because it is located “on a hill with a steep slope and was subject to the effects of natural erosion”.

​Archaeologists say they discovered the drawing as they were trying to improve the look-out point from where visitors view other geoglyphs that make up the famous Nazca Lines. Jhonny Isla, archaeologist and Director of the Nazca-Palpa Management Plan at the Ministry of Culture, said he expects that more discoveries will be made in the future.

“Well, one of the things that continues to surprise, and that many ask, is how we still find new geoglyphs. And in fact, there are new ones and we will continue to find more. This has improved a lot in recent years with the use of modern technology. Before we had aerial photographs or photographs from planes, but now we have photos that can be taken with drones at very low altitudes and that helps us a lot”, said Isla.

Archaeologists estimate that the cat drawing was scratched on the ground between 500 BC and AD 500 or even earlier.

Located in the eponymous desert some 400 kilometers from the capital Lima, these geoglyphs are one of the biggest archaeological mysteries. They were discovered in 1927 by a local archaeologist and towards the end of the 20th century were designated as a UNESCO World Heritage site. One can barely notice them at ground level, but if you one looks from above one can see giant drawings, mostly of plants and animals. Some geoglyphs can only be viewed from the air.

Scientists still don’t know why ancient Pre-Hispanic societies, which lived back then on the Peruvian southern coast, drew them. Some researchers say the giant drawings had a ritual function and served as gifts to gods. Last November, Japanese scientists discovered 140 geoglyphs in the Nazca desert following 15 years of research, which involved satellite imagery and artificial intelligence scanning systems. Among other things, the uncovered geoglyphs depicted a two-headed snake, a killer whale, and a bird.

Previous : Low-key Democrat tries to hang onto Senate seat in Michigan
Next : Children among at least 7 people injured in drive-by shooting in Arizona: Police