Not Dead After All: Traces of Tectonic Activity Found on Moon, Scientists Say 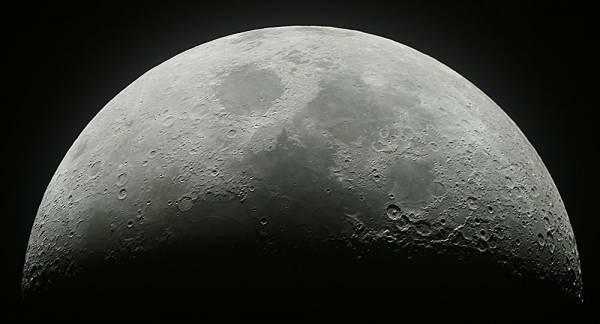 The research team believes that they’ve discovered an Active Nearside Tectonic System which may have begun aeons ago when the moon “experienced a significant impact”.

It seems that the Moon may not be just an inert rock orbiting our planet, as researchers have spotted hints of tectonic activity there, space.com reports.

According to the media outlet, the data supplied by NASA’s Lunar Reconnaissance Orbiter led scientists to discover what appears to be :a number of ridges with exposed bedrock, free of lunar regolith”, which may hint at the lunar surface being broken by some tectonic process “not too long ago.”

Using the Orbiter’s Diviner Instrument, which allows for measuring the temperature of the moon’s surface, scientists uncovered “500 patches of exposed bedrock on narrow ridges across the moon’s surface near the lunar maria”, that apparently “line up” with ancient cracks in the lunar crust through which magma used to flow to the surface.

Schultz and Adomas Valantinas, a graduate student at the University of Bern in Switzerland and leader of the science team, now believe that they’ve discovered an Active Nearside Tectonic System which may have begun aeons ago when the moon “experienced a significant impact”.

Previous : US awards 29 Purple Hearts for brain injuries in Iran attack
Next : ‘Super Earth’ Planets May Harbor Life After All, New Study Suggests