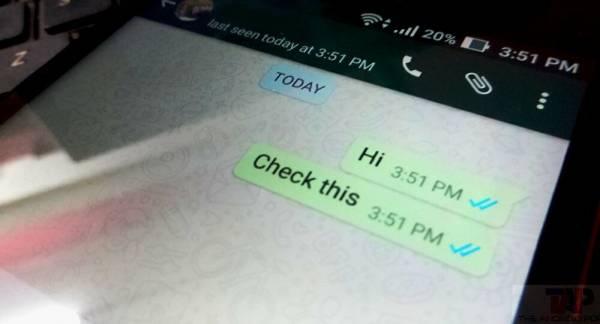 WhatsApp, the Facebook-owned messaging service, revealed on Monday that its new restrictions have decreased the number of “highly forwarded messages” by 70% globally.

“Last year we introduced users to the concept of messages that have been forwarded many times. These messages are labeled with double arrows to indicate they did not originate from a close contact. In effect, these messages are less personal compared to typical messages sent on WhatsApp. We are now introducing a limit so that these messages can only be forwarded to one chat at a time,” WhatsApp wrote in its statement.

Since the COVID-19 crisis began, some WhatsApp users in India have employed the forwarding feature to spread false information – though the users were frequently acting in good faith – about treatments that allegedly combat the novel coronavirus, TechCrunch reported. According to the outlet, the messaging service has more than 400 million users in India, making the country its biggest market.

Previous : The Payback: Deezer UCPS to Build Fairer Streaming Model, Boost Pay for Local Niche Artists-Director
Next : Loch Ness Enthusiast Claims He Has Caught the ‘Largest’ Sighting of the Mystical Creature on Camera