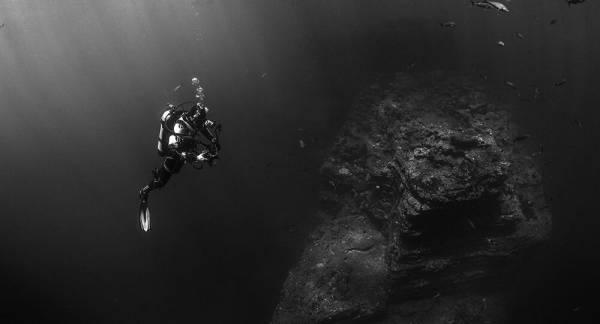 Such chimneys form around hydrothermal vents that emit extremely hot liquid (as hot as 400 degrees Celsius) full of minerals. As hot liquid reacts with cold water, minerals form towers around the vent. Such structures can reach impressive heights.

A new study conducted by the Monterey Bay Aquarium Research Institute (MBARI) discovered hundreds of hydrothermal chimneys on the bottom of the ocean on the Juan de Fuca Ridge to the northwest of Washington state. The findings were published in the journal Geochemistry, Geophysics, Geosystems. Previous studies conducted in the 1980s in an area known as the Endeavor Segment revealed 47 chimneys. But due to difficult access, darkness and murky water, scientists were unable to determine how many chimneys were there.

Thanks to new autonomous underwater vehicles, scientists were able to take a closer look and in recent expeditions discovered 572 chimneys that stretched along an area 9 miles (14 kilometers) long and 1 mile (2 kilometers) wide. Most of the chimneys were under 26 feet (8 meters) tall, although researchers came across examples that stretched 27 meters above the bottom.

Researchers said only 47 chimneys in the Endeavor Segment (those that were discovered during previous studies) were active.