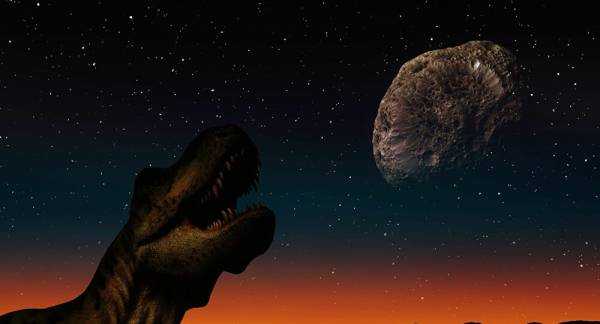 The extinction of monstrous reptiles that inhabited our planet over 200 million years ago has long been a mystery and a subject of hot debate between paleontologists. Now, the ancient secret has allegedly been unveiled.

Research conducted by authors at University College London has offered proof that an asteroid strike on earth was the reason that dinosaurs became extinct in the Cretaceous–Paleogene era. Researchers analyzed various extinction scenarios and have concluded that only asteroid impact could result in such a large extinction event of non-avian dinosaurs.

According to the researchers, the asteroid caused a “prolonged cold winter that suppresses potential global dinosaur habitats”, while the aftermath of Deccan volcanism, a popular but heavily-disputed cause of the extinction, would, on the contrary, mitigate the most extreme effects of asteroid impact.

“When we produced the different scenarios both for either the two things happening together, or completely separated, we see the asteroid is [the] only [event] that can completely eradicate the habitats that can be suitable for dinosaurs,” said Dr Alfio Alessandro Chiarenza, first author of the research, at University College London, cited by The Guardian.

The study involved analyzing climate data while modelling the impacts of various climatic and natural events of the period during the dinosaurs’ habitability. In particular, research unveiled that the extinction would still have taken place because of the sunlight reduction caused by the asteroid, even if there were no volcanic eruptions.

“Even if the volcanic eruptions had not happened, the extinction would have occurred in any case as the [impact] event was severe enough to eradicate dinosaurs’ habitats worldwide,” Chiarenza said.

According to the scientist, debates continue, as apologists of the volcanism theory are likely to dispute the research, much in the way that Gerta Keller, a Princeton University palaeontology and geology professor, did.

“When the basic assumptions of a study are based on cherry-picked data, the results are predictable and wrong,” she said, cited by The Guardian, arguing that the study ignores evidence of recent Deccan volcanism research that shows eruptions coinciding with the mass extinction.

All non-avian dinosaurs became extinct approximately 66 million years ago. The cause of their disappearance remains in debate, although the primary theories revolve around an asteroid strike or widespread volcanic eruptions, or the combined effects of both.

Previous : Lengthy Boeing 737 MAX Recertification ‘What FAA Should Have Done Five Years Ago’ – Former IG
Next : China conducting mass sterilization on Muslim minorities that could amount to genocide: Report