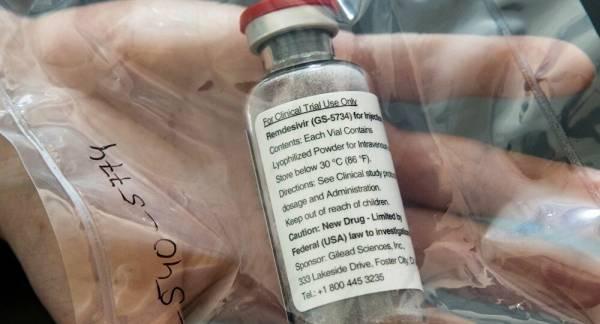 The first randomised trial for a promising new antiviral drug, lauded by many as a positive treatment for SARS-CoV-2 patients, suggested that there were no significant clinical benefits, with researchers urging further trials, a study released on late Wednesday revealed.

A Closer Look At The Lancet Study Findings

Treating COVID-19 patients with the experimental drug remdesivir failed to speed the rate of recovery or reduce deaths compared with placebo trials for patients, a study from UK medical journal The Lancet revealed.

The world’s first randomised study for drug involved 237 adult patients aged 18 and older, and took place in Wuhan, China from 6 February to 12 March. 158 patients were randomly assigned to remdesivir, with the remaining 79 patients receiving placebo infusions along with standard treatments.

Trained clinicians monitored clinical improvement over 28 days via a 6-point scale ranging from hospital discharge (1) to death (6), and all patients received standard medical care, including lopinavir-ritonavir, coritcosteroids and interferons, among others.

Time to clinical improvement, as well as duration of invasive mechanical ventilation, was shortened with patients treated with the drug after 10 days of showing symptoms, compared with standard treatment, the study found.

Death after 28 days of the randomised study was similar in both control and variable groups, with 14 percent (22 out of 158) dying in the remdesivir group compared with 13 percent (10 out of 78) in the placebo group.

A decrease in viral loads, or how much of the virus was found in a victim’s body, was insignificant, the survey found.

More patients receiving remdesivir stopped treatment due to knock on effects, including gastrointestinal symptoms such as nausea and vomiting as well as cardiopulmonary failure or 12 percent compared to 5 percent in the placebo group.

But the amount of time spent on invasive mechanical ventilation was shorter for patients on remdesivir compared to placebo recipients, or 7 day compared to 15.5 days.

Despite the findings, the trial stopped short due to difficulty recruiting patients “due to the steep decline in cases in China”, prompting researchers to recommend further studies on the efficacy of the drug.

Inconsistencies between primary and secondary outcomes were revealed as the latter found a ‘statistically insignificant’ improvement in time to recovery, or 18 days rather than 23 days in the primary outcome.

Scientists commented on the study’s findings said that further trials would help to resolve the concerns on data found in primary and secondary trials.

“Unfortunately, our trial found that while safe and adequately tolerated, remdesivir did not provide significant benefits over placebo. This is not the outcome we hoped for, but we are mindful that we were only able to enrol 237 of the target 453 patients because the COVID-19 outbreak was brought under control in Wuhan,” lead researcher, Professor Bin Cao of the China-Japan Friendship Hospital and Capital Medical University in China, said.

He added: “Future studies need to determine whether earlier treatment with remdesivir, higher doses, or combination with other antivirals or SARS-CoV-2 neutralising antibodies, might be more effective in those with severe illness.”

Participants in the study were less ill and treated earlier in the trial compared to a recent study of COVID-19 patients receiving remdesivir on compassionate grounds, but “did not provide greater benefits in our study population as expected,” Professor Ronghui Du of Wuhan Lung Hospital, China, said.

“Ongoing clinical trials of remdesivir, will provide important additional information about whether and under what circumstances it may provide benefit,” Professor Ronghui Du added.

Professor John Norrie from the University of Edinburgh, who was not involved in the study but commented on the trial, said that promising signals from observational data must be “rigorously confirmed or refuted” in trials as COVID-19 had “no proven safe and effective treatments” so far.

He cautioned: “That is additionally challenging in a pandemic, and the temptation to lower the threshold of convincing evidence must be resisted, because adopting ineffective and potentially unsafe interventions risks only harm without worthwhile benefit, while making it even harder to undertake trials to find truly effective and safe interventions”.

Pooling data across such studies would be the “best way to obtain robust insights into what works, safely, and on whom”, he added.

The news comes after Gilead Sciences announced “topline” results in the company’s Phase 3 SIMPLE trial, which measured 5 and 10 day dosing periods, and followed a few Chinese studies as well as National Institutes of Health trial.

According to the study, “no new safety signals” were found in treatments groups, and the company plans to submit its findings for publication in a peer-reviewed journal in the coming weeks, a company statement on Wednesday revealed.

But the study lacked a control group, with the only randomisation being the duration of treatment, producing further conflicting data on the drug’s efficacy.

“The overall study itself has little or no scientific value since all patients are receiving the drug. The study, as designed, is essentially useless and cannot be used by the FDA for consideration of remdesivir for approval to treat coronavirus”, Chief academic officer for the Cleveland Clinic, Steven Nissen, said as quoted by Stat News.

​Director for the Centre for Health Policy and Outcomes at Memorial Sloan Kettering Cancer Center, Peter Bach, called the trials “frustrating”, adding: “For them to run the trial in severe but not include a control group, it’s just such a waste”.