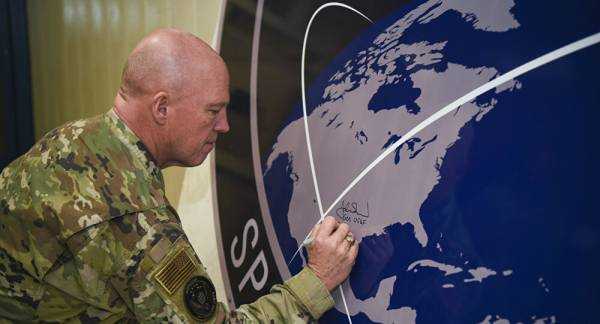 The plan comes as the scientific community expects the Apophis asteroid to come close enough to Earth in 2029 for astronomers to study its size, shape, composition and possibly its interior, as close flybys of objects this large are exceedingly rare.

The National Aeronautics and Space Administration (NASA) is looking into plans to deal with asteroids that pass as close as 20,000 miles to Earth, agency administrator Jim Bridenstine said.

According to him, the threat of Apophis or any other asteroid to come as close to Earth that a collision could be possible has been studied by NASA in cooperation with the US Space Force.

US Space Force Commander Gen. Jay Raymond has expressed his enthusiasm to work with NASA to “keep the space domain safe for all”.

​The goal of a Space Force/NASA partnership is stated to “develop cislunar situational awareness” with the help of the military branch to “monitor further out in space”. Scientific data, including observations of Apophis, representative of about 2,000 currently known Potentially Hazardous Asteroids (PHAs), “could one day be used for planetary defence”, according to Center for Near Earth Objects Studies (CNEOS) astronomer Davide Farnocchia.

Previous : Supreme Court Justice Ruth Bader Ginsburg hospitalized for gallbladder condition
Next : On Karl Marx’s 202nd Birthday, Coronavirus Shows Us That There Is an Alternative