Most enlistees not eligible to join California Health Corps 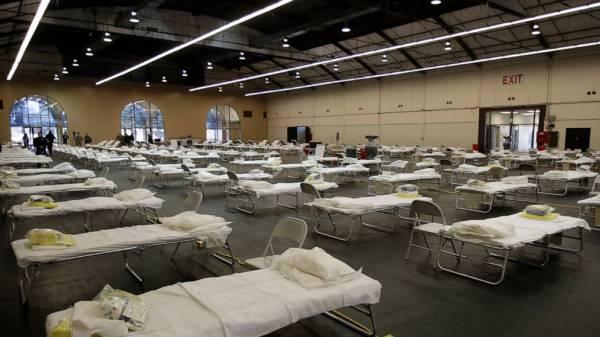 SACRAMENTO, Calif. —
For days after Gov. Gavin Newsom announced the all-volunteer California Health Corps, he provided updates on how many retired medical workers had signed up and marveled at the numbers — 34,000 in the first 48 hours, 82,000 a week later.

Newsom said the state would move quickly to get them to assist with the expected crush of coronavirus cases.

The sign-ups reached 93,000, but the wave Newsom worried would overwhelm hospitals hasn’t arrived. And the ranks of those in line to join the corps have fallen precipitously.

The state’s initial vetting revealed two-thirds — 60,000 volunteers — didn’t have the most basic requirement: a valid license to practice their specialty. And about 20,000 of those remaining have not filled out an application, despite being sent a reminder.

State data requested by The Associated Press shows about 10,500 people are in a final review and of those, 4,900 or about 5% of those who initially volunteered are cleared to participate.

With hospitals able to handle their caseload, there isn’t a clearly defined role for the corps, but that hasn’t stopped the first deployment — 233 doctors, nurses, respiratory specialists and support staff have been working for more than a week at the emergency hospital at Sleep Train Arena in Sacramento.

They are being paid even though there are no patients.

“Staff are standing by to support patients if needed. They are also continuing to vet processes and standardize operations,” California Health and Human Services Agency spokesman Rodger Butler said in an email Thursday.

Professor Joanne Spetz, the associate director of research at the Healthforce Center at the University of California, San Francisco, described the Sleep Train situation as “All dressed up and where’s your prom date?”

“But it’s kind of a good thing there is no prom date,” said Spetz, whose center researches issues related to health care workers and services.

Even so, Roberson agreed that it’s wise for California to have the medical workers ready to go if there is a second pandemic wave. Newsom has said ensuring the state has adequate resources to handle a sudden surge is a prerequisite for easing his stay-at-home order.

New York also established a reserve corps and had a similar flood of volunteers. They initially went unused even as Gov. Andrew Cuomo pleaded for medical workers from other states to aid the beleaguered medical system in and around New York City, the epicenter of the U.S. outbreak.

Cuomo’s administration said Thursday that 96,000 people signed up and more than 12,000 have been connected to hospitals, nursing homes and other care facilities. New York allows facilities to pick directly from the list and officials couldn’t say how many are actually being used.

The original plan in California was to use corps members to staff an anticipated 66,000 makeshift hospital beds that could be needed when cases peaked in May. The staggering total included tents, shuttered state facilities and places like Sleep Train Arena and the Los Angeles Convention Center.

Nearly two-thirds of those admitted so far are nurses, whose monthly state pay scale ranges from about $4,000 for a licensed vocational nurse to $6,600 for a registered nurse.

Another 417 are doctors, with pay ranging from about $10,000 to $13,000 a month, depending on experience, knowledge and skill. About one-fifth are assorted medical support personnel and the remainder are respiratory and behavioral professionals.

None are paid until they are deployed.

The split of those deployed to Sleep Train Arena is similar, with a preponderance of nurses and support personnel, and fewer doctors and respiratory specialists on stand-by there since April 20. The state is paying $500,000 a month to lease the facility, but expects the federal government to eventually reimburse 75% of its costs.

With no patients yet, “California is actively evaluating additional opportunities for the California Health Corps to support California’s response to COVID-19,” Butler said.

He said alternate care sites like the Sleep Train Arena could take in “low acuity” patients from skilled nursing facilities, which have been especially hard hit. His agency last week published two guides for transferring patients between such sites and nursing facilities.

Patricia McGinnis, California Advocates for Nursing Home Reform executive director, wouldn’t object to using the facilities to ease the crisis at nursing homes. The problem, she said, is “I don’t know what a low acuity nursing home patient who has COVID looks like.”

Nursing home patients generally are elderly and have underlying health conditions that make them far more vulnerable to life-threatening complications if they contract the virus. About one-third of the state’s roughly 2,000 coronavirus deaths are nursing home patients.

For most people, the virus causes mild or moderate symptoms, such as fever and cough, that clear up in two to three weeks. For some, especially older adults and people with existing health problems, it can cause more severe illness, including pneumonia and death.

Aside from Sleep Train Arena, there are few patients in the other makeshift hospitals.

“A lot of people are going to be wondering, did we over-prepare?” Spetz said. She, like Newsom, concluded “over-preparing is better than under-preparing.”