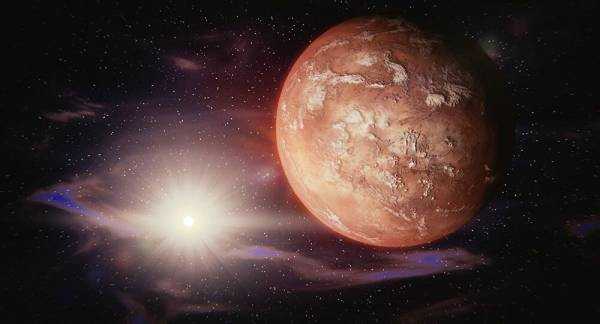 Mars missions involving humans are what both state agencies and the private sector have been working hard on, with billionaire engineer Elon Musk, for instance, looking to send humans to the Red Planet by 2024.

As NASA and tech entrepreneur Elon Musk aim to send humans to Mars in the coming years and get crucial samples from there back to Earth, space experts have warned it may be dangerous, wreaking havoc on our planet, and potentially bringing about new pandemics.

Dr Barry DiGregorio, an honorary researcher at the University of Buckingham Centre for Astrobiology, called on NASA to assess the samples somewhere away from Earth, for instance, in a laboratory on the Moon.

“It is as if those making the argument for a Mars sample return equate their lack of knowledge with lack of danger”, he went on suggesting all the yet unknown Martian microorganisms would have to do is take Earth life forms as a source of food and be able to harvest it to feed themselves.

He didn’t completely rule out transferring the samples from the Red Planet, though:

“Or if brought back from Mars, then at least examine them in a specially designed bio-isolation facility on the Moon before any samples are returned to Earth”.

His fellow academic, Dr Gilbert Levin, an engineer and investigator on NASA’s 1976 Viking lander mission, appeared to share the stance, saying life forms have already been found on Mars but the information was concealed from the public.

He believes that if brought to Earth, no mater in what containers, it is highly likely they would escape into Earth’s environment, “as have microorganisms escaped from every space landing on Earth, including from the astronauts returning from the Moon”.

He went on to warn about the dangers unfamiliar pathogens carry:

On 17 July, as part of its grand Mars Exploration Programme, NASA will launch its Mars 2020 Perseverance rover, designed to better understand the geology of Mars and seek signs of ancient life on the Red Planet, according to a NASA press release.

The rover will take off from a United Launch Alliance Atlas V 541 rocket from Space Launch Complex 41 at Cape Canaveral Air Force Station in Florida.

Separately, when it comes to the private space sector, Elon Musk’s SpaceX is set to send a cargo rocket there by 2022, and with humans on a second mission as soon as 2024.