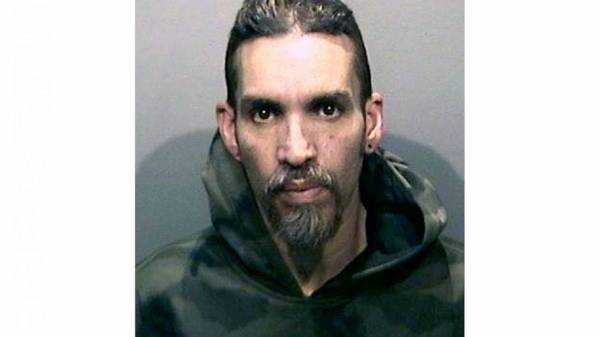 DUBLIN, Calif. —
A man facing a second trial after a fire killed 36 partygoers at a San Francisco Bay Area warehouse he’s accused of illegally converting into a cluttered artists enclave was released from jail Monday over coronavirus concerns.

Derick Almena, who’s been behind bars since 2017, was released after a court hearing by phone, the Alameda County sheriff’s office said. He will be under electronic monitoring while he waits for a new trial.

The 50-year-old is charged with involuntary manslaughter in the Dec. 2, 2016, fire that swept through an electronic music party at the so-called Ghost Ship warehouse in Oakland. Prosecutors allege Almena, who was the master tenant on the lease, was criminally negligent when he turned the industrial building into a residence for artists and held events without proper permits.

The building was packed with furniture, extension cords and other flammable material but had only two exits and no smoke detectors, fire alarms or sprinklers, prosecutors say.

A jury deadlocked on the charges in September and a new trial has been scheduled for July. His co-defendant, Max Harris, was acquitted of the same charges.

At least 35 confirmed cases of COVID-19 have been reported at the Santa Rita Jail where Almena was held. According to his attorneys, a report by jail medical staff said Almena’s psychological and physical health were in jeopardy.

Almena was released in the rural community of Upper Lake, where his wife and children live. He is banned from contacting relatives of victims or witnesses. He can’t leave home unless a court gives written approval, and any violation can send him back to jail, the Mercury News reported.

Almena posted $150,000 bail last month, and officials verified where he is staying Monday, the last step for his release, the newspaper reported.

Jails and prisons in California and across the U.S. have released inmates in response to the pandemic, with crowded quarters and a lack of protective equipment making it ripe for the virus to spread behind bars.

For most people, the coronavirus causes mild or moderate symptoms, such as fever and cough that clear up in two to three weeks. For some, especially older adults and people with existing health problems, it can cause more severe illness, including pneumonia and death. The vast majority of people recover.

Previous : Elon Musk Tweets ‘Will Own No House’, Seeks to Off $39.5 Million in Real Estate
Next : US Treasury to Borrow $2.99Trln to Fund Economy Through COVID-19 Pandemic – Statement