Malaysia opens up partly; all foreign workers to be tested 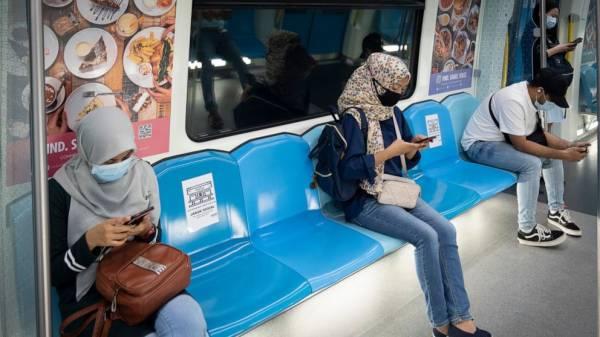 KUALA LUMPUR, Malaysia —
Malaysia’s government said Monday that all foreign workers must undergo virus testing as many businesses reopen in parts of the country for the first time since a partial coronavirus lockdown began on March 18.

Senior Minister Ismail Sabri said coronavirus cases rose over the weekend, including a new cluster involving foreign workers at a construction site in an area near Kuala Lumpur that has since been shut down.

As a result, the government decided to “make it compulsory for all foreign workers in all sectors whether in construction, factories, commercial and including restaurants to undergo COVID-19 screening,” he said.

He said employers will pay for the tests, which will begin in Kuala Lumpur and the wealthiest state of Selangor. The move appeared aimed at avoiding neighboring Singapore’s mistake in overlooking the virus’s spread among its migrant worker population. Crowded dormitories housing foreign workers now account for nearly 90% of Singapore’s 18,778 infections.

Malaysia has more than 2 million registered foreign workers, and over 2 million more who have no valid documents. It has locked down several virus hot spot areas in Kuala Lumpur and a wholesale market with a large population of migrant workers. Virus cases have dropped sharply in recent weeks, but 227 new infections were reported over the weekend. Malaysia has confirmed 6,298 cases with 105 deaths.

The easing of the lockdown on Monday, days before it was due to end May 12, came as Prime Minister Muhyiddin Yassin’s government seeks to balance controlling the virus and reviving the hard-hit economy. The move has split public opinion amid fears that a sudden reopening of economic activities could spark a new wave of infections.

Nine of the country’s 13 states, including Selangor and two impoverished rural states on Borneo island, have either refused to open up or restricted the types of businesses that can operate. More than half a million Malaysians have protested by signing online petitions calling for a more gradual easing. But Malaysian manufacturers urged all states to allow them to restart smoothly.

Muhyiddin has said it is time to heal the economy, which has lost billions of dollars, but businesses must follow strict health measures, and mass gatherings will still be banned. This means schools, cinemas and worship houses will stay shut, group sports are prohibited and interstate travel remains banned.

Government officials have defended the decision to let businesses reopen with strict conditions, noting that the lockdown has helped to slow the number of new infections and wasn’t intended to eliminate the disease.

Kuala Lumpur cranked back to life early Monday, with traffic on the roads and pedestrians wearing face masks walking to their offices. Many people refrained from using public transport, with thin crowds at rail stations and on buses.

“Well, I am a little bit worried because we are not using our personal vehicles but public transport. As you know, many people use public transport so there is a risk of exposure but we have to practice the right prevention method,” Nurul Syafiqah, who works in the construction industry, said in a near-empty train heading to the city.

At a restaurant, customers registered their contact details and had their temperatures checked before being ushered to their table.

“With this COVID-19, I think society has changed, I think it is very difficult, not easy for the operator and also for the customer, but I think sooner or later they will get used to it,” said restaurant owner Koh Yock Heng.

Previous : India Ramps Up COVID-19 Testing as Portable Medical-Grade Refrigerator Deployed in Three States
Next : The Note: Biden balances lessons of 2016 against realities of 2020