Luxembourg starts to test its entire population for virus 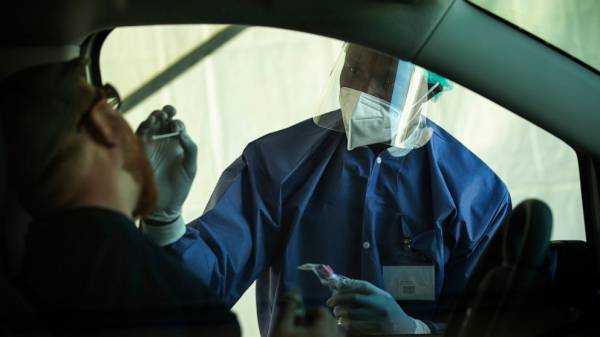 LUXEMBOURG —
Luxembourg started a coronavirus testing program Wednesday to check each and every one of its roughly 600,000 people, as well as cross-border workers, over the next nine weeks.

Although formally a Grand Duchy, Luxembourg isn’t all that big — the second-smallest country by area and population in the 27-nation EU. Shoehorned in between France Germany and Belgium, it’s also one of the richest in the world in terms of GDP per capita.

Still, the new coronavirus initiative is also testing its means.

The point of the program is to try and blunt a potential second wave before it develops, as many predict will happen after the European summer. So far, Luxembourg has 110 confirmed deaths and almost 4,000 people have been confirmed as having tested positive.

“The first aim is to break these infection chains throughout the whole population, to basically dampen a second potential wave that might ensue,” said Paul Wilmes, Luxembourg’s COVID 19 task force spokesperson.

The large-scale testing is necessary because it often is unclear to what extent someone is contagious.

Authorities will have 17 drive-through, walk-through and even cycle-through test stations which should have everyone processed by the end of July. People will undergo a throat swab and results will be known within two days. .

Positive cases will have to self-isolate while their contacts will be traced.

The testing will be done in several stages, with those most at risk, such as nurses, police and hairdressers, invited for the swab first. They will be invited back every two weeks. Testing is voluntary but authorities are counting on enough civic responsibility to make sure almost all citizens will participate.

Previous : Anti-Porn Filters Prevent Dominic Cummings From Trending on Twitter Despite Ongoing Scandal
Next : The Court Decision That Shook the European Union