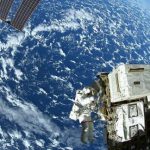 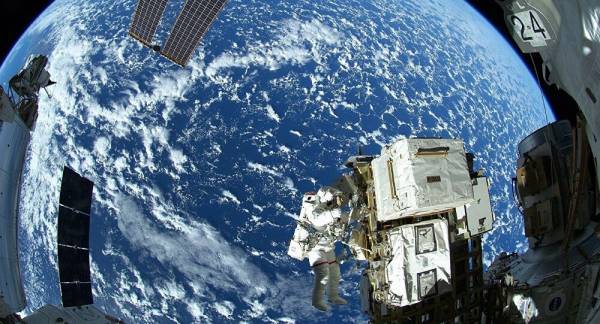 A human mission to Mars has been the subject of science fiction since the 1880s, but over the past decades it became the goal of national space programmes. The potential missions come with several key physical challenges, including threats from cosmic rays, adverse fallout from prolonged weightlessness, and the psychological effects of isolation.

A recent study has revealed what could be a disconcerting discovery for the future generation of astronauts embarking on long spaceflights.

Research suggests that lengthy weightlessness can shrink the heart, with even a long-term programme of low-intensity exercise in space falling desperately short of counteracting the side effects for the heart, according to a paper  published in the American Heart Association’s journal Circulation.

As long-term suspension in water is similar to zero gravity  or the condition of weightlessness in space, especially in a ‘prone swimmer’, the research compared data from retired astronaut Scott Kelly’s almost year-long stint aboard the International Space Station (ISS) from 2015 to 2016 and that of endurance swimmer Benoît Lecomte.

​The latter swam 1,753 miles (2821 kilometres) across the Pacific Ocean over 159 days, from June 5 to November 11, 2018. The marathon athlete averaged nearly six hours daily, during a journey which started at Choshi, Japan and was due to end in California.

After his support boat was damaged, the mission was prematurely wrapped up.

Kelly, throughout the 340 days in space, exercised six days a week, one to two hours per day, using a stationary bike, a treadmill and resistance activities.

NASA astronaut Scott Kelly is seen inside the cupola of the International Space Station, a special module that provides a 360-degree viewing of the Earth and the station in this undated photo released on March 11, 2016

Tests had been carried out by doctors to measure the health and effectiveness of both Kelly’s and Lecomte’s hearts before, during and after each man embarked on their respective missions.

As researchers sought to evaluate the effects of long-term weightlessness on the structure of the heart to determine whether extensive periods of low-intensity exercise can prevent the possible side effects, both Kelly and Lecomte gave their permission for their data to be analysed.

Despite having carried out substantial amounts of exercise, the researchers found that both men had lost mass in their left ventricle – one of the two large chambers at the bottom of the heart.

Left ventricle ejection fraction (LVEF), which shows the amount of blood pumped out of the left ventricle, measured as a percentage, did not consistently change in either individual throughout their endurance missions, claim the physioligists.

“The heart is remarkably plastic and especially responsive to gravity or its absence… Both the impact of gravity as well as the adaptive response to exercise play a role, and we were surprised that even extremely long periods of low-intensity exercise did not keep the heart muscle from shrinking,” the leader of the study Professor Benjamin D. Levine at University of Texas Southwestern Medical Centre was cited as saying by Science Daily.

Microgravity in space is a condition in which people or objects appear to be weightless, and seen in imagery from the ISS when astronauts and objects float in space.

When subjected to these conditions, the heart does not need to work as hard as in normal gravity conditions to pump blood around the body.

The downside is atrophy – a reduction in tissue.

To counteract this, astronauts have a vigorous exercise routine to stop them from losing large amounts of muscle mass.

The findings could present a serious challenge for future lengthy space exploration missions, such as NASA’s planned manned missions to Mars in the 2030s and the SpaceX mission scheduled for 2026.

Seeking to learn more on the issue, NASA has been exposing its astronauts to microgravity for longer periods in preparation for missions which could take up to three years.

The results of this study, followed up by more research to find out if the findings can be applied to the general population, as opposed to “extraordinary feats by two unique individuals”, will be conducive to understanding whether long-term effects of weightlessness can be reversed.