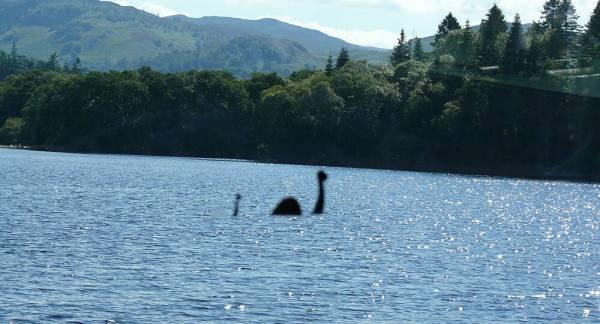 2019 was presumably a busy time for Loch Ness hunters, as according to the Official Loch Ness Monster Sightings Register, the mystical creature was spotted a record number of times last year. But this new decade is also believed to have set some new records for Nessie enthusiasts.

A Loch Ness monster hunter says he caught the mythica 9-metre beast on camera last week in Urquhart Bay, the best recording of the creature he has ever made, according to The Sun. The footage has now been confirmed by the Official Loch Ness Monster Sightings Register, an enthusiasts-run website which documents “something unexplained in Loch Ness”, which cites the outlet as a provider of the video recording.

​He says that this time was particularly “special”, as there was no “boat traffic or wave disturbance in the video and the surface of the loch was calm”, making the image visibly clearer.

According to the hunter’s estimates, Nessie measures at least 9 metres in length due to the “solid blackness in the water” and is 1-1.5 metres in height.

It was not O’Faodhagain’s first remote interaction with the legendary beast this year, as he allegedly spotted the creature back in January and then a few months later on 13 April – the sightings that have also been filmed and confirmed by other enthusiasts.

According to the Official Loch Ness Monster Sightings Register, which is run by Gary Campbell, a record number of 18 sightings of Nessie were made by observers last year, since the last peak in 1983.

The existence of Loch Ness monster still remains kind of an urban legend in Scotland; the creature was first spotted in 565. However, it is also believed to bring tens of millions of pounds to the national economy every year.