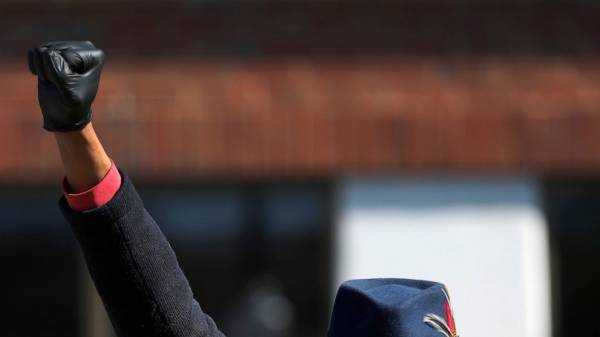 CHICAGO —
Staff at dozens of Illinois nursing homes called off a strike set to begin Friday after the workers’ union reached a tentative deal with nursing home owners that union officials said would help safeguard both staff and residents during the coronavirus pandemic.

Leaders of the Service Employees International Union, which represents more than 10,000 workers at 100 nursing homes, most in the Chicago area, said in a statement Thursday morning that the planned strike had been averted after they reached a two-year tentative contract with nursing home owners. They said the deal would protect workers and residents “during this time of unprecedented vulnerability and risk.”

The union said the tentative agreement was overwhelmingly supported by members of its bargaining committee, but still must be ratified by the larger group of union members.

Union leaders have said that the pandemic revealed long-standing issues including low wages, short staffing and lack of adequate supplies inside nursing homes.

Nursing homes are among the most dangerous climates despite efforts to prevent the virus’ spread by shutting down visits and screening employees for signs of infections.

More than 20,000 deaths have been reported in nursing homes and long-term care facilities across the U.S. according to a tally based on state health departments and media reports kept by The Associated Press.

The agreement also includes provisions ensuring that employees are not required to work without adequate personal protective equipment as determined by regulatory agencies.

“All of the major contract gains will help safeguard the health and safety of workers and the residents for which they care — at a time when both are vulnerable to the risks associated with COVID-19,” the union said in its statement.

The union’s existing contract with home owners expired at the end of April. The two sides were at odds over sick pay, added bonus pay during the pandemic and higher wages overall for certified nursing assistants and support staff whose duties include food service, activities, laundry and housekeeping.

Staff at 44 Illinois nursing homes were set to begin a strike Friday that workers at another 20 Illinois facilities were also expected to join. Nearly all of the homes are in Chicago or the surrounding suburbs.

For most people, the coronavirus causes mild or moderate symptoms, such as fever and cough that clear up in two to three weeks. For some, especially older adults and people with existing health problems, it can cause more severe illness, including pneumonia, or death.

Illinois in April began releasing state data on nursing home cases and deaths linked to the virus. According to the latest totals, more than 1,000 deaths have been linked to long-term care facilities in the state.