Is it possible to have a safe coronavirus vaccine by New Year’s Eve? 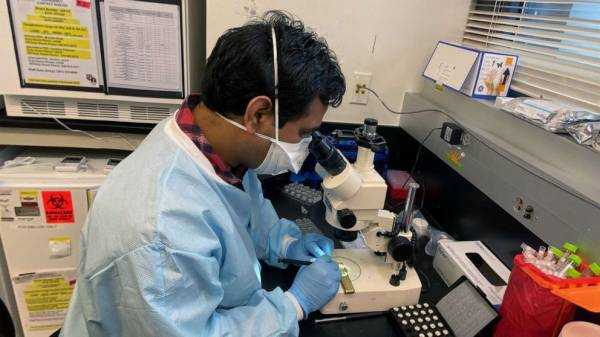 With top White House officials indicating a coronavirus vaccine may be available by January 2021, scientists and vaccine experts outside the Trump administration are cautious but optimistic that a vaccine could be delivered on such an accelerated timeline.

Experts interviewed by ABC warned that developing a vaccine within a 12-month time frame could mean throwing normal scientific standards out the window, but added that a vaccine could be available by the new year if everything goes perfectly.

While President Donald Trump has been bullish in his promise to have a “vaccine by the end of the year,” his top advisors have taken a more measured approach, saying a January deadline is a best-case scenario. Last week, Dr. Anthony Fauci, the nation’s top infectious disease doctor, said, “we want to go quickly, but we want to make sure it’s safe and it’s effective.”

Since the start of the U.S. epidemic, Fauci has been estimating a vaccine is 12 to 18 months away. But the prior record for vaccine development — the mumps vaccine — took four years, meaning Fauci’s early estimates drew skepticism among many vaccine experts.

MORE: Trump's optimistic timeline on vaccine outpaces his own experts

But with the growing sense of urgency as the death toll mounted dramatically in March and April, vaccine developers collapsed the normal development timelines by running concurrent studies that would normally be conducted in a stepwise approach. Meanwhile, drug companies are already scaling up production without even knowing which vaccine is likely to work.

“It is not impossible,” said Paul Duprex, PhD, Director of the Center for Vaccine Research and professor of microbiology and molecular genetics at the University of Pittsburgh. “It’s of course very aggressive — but it is possible.”

“You’d have to be lucky,” said Dr. Paul Offit, co-inventor of the rotavirus vaccine, who sits on the Food and Drug Administration’s vaccine advisory committee. “It would be remarkable, but not completely ridiculous.”

Dr. Paul Goepfert, professor of medicine at the University of Alabama at Birmingham (UAB) and an expert in vaccine design, said a vaccine by January would only be possible “if everything works out perfectly.”

To have a new vaccine by January, experts said a study would need to be conducted in parts of the world where the pandemic is still raging. This would help ensure a big enough group of patients were exposed, and then protected, from the virus.

Then, one of the vaccines currently being developed would have to show positive results, which isn’t a guarantee. That vaccine would also have to prove safe, without any dangerous side effects. Finally, vaccine makers would have to be ready with hundreds of millions of doses as soon as data is in hand.

“It is possible but not likely,” Goepfert said.

Right now there are more than 100 vaccines being studied, and at least eight of those have already progressed outside the laboratory and into human studies, according to the World Health Organization. The furthest along include candidates from the University of Oxford, Pfizer, Moderna Therapeutics, Inovio Pharmaceuticals and China’s CanSino Biologics.

Many of these vaccines use different technology — some brand-new to vaccine science — and experts still don’t know which is the most likely to work.

MORE: When coronavirus vaccine arrives, experts worry US not ready to mass produce

Meanwhile, the White House’s Operation Warp Speed has resulted in a handful of vaccine candidates that might work against the novel coronavirus — although those will also need further study.

Right now, many of the vaccines already tested in people have been accelerated far beyond the normal, methodical timelines. Instead of moving from animal studies in a laboratory to a carefully tiered Phase I, II and III system of in-human study, some of these studies are being conducted simultaneously — with some even skipping normal animal studies.

Under normal circumstances, it would be too expensive for drug developers and too risky for human volunteers to run these types of studies concurrently. But vaccine developers are deviating from the normal rule book because of the sheer devastation of the global pandemic.

“We as scientists are rather linear individuals,” said Duprex. “There are huge financial reasons for that.” Now, he said, “there are people taking risks, doing something that might not lead to fruition.”

The scientific challenges are unprecedented, considering how little is known about the novel coronavirus that has killed more than 250,000 people across the globe.

For example, said Offit, most vaccines work by triggering an immune response inside the body without making a person sick. But for this novel coronavirus, scientists still haven’t had time to adequately study the body’s immune response to infection — meaning we don’t know whether an immune system response necessarily protects against a future infection.

And rushing development could mean that important safety issues are missed.

“Most vaccines have been pretty safe, but there have been problems in the past,” said Goepfert.

And the downside of immunizing millions of people with a rushed, unsafe vaccine could have long-ranging consequences.

“Vaccines are so, so important for public health,” Duprex said. If something goes wrong … the general public will extrapolate that vaccines are unsafe.”

“Time is critical, of course, but safety is critical,” said Duprex. “In the middle of this fast approach, we absolutely cannot compromise on safety.”

What to know about the coronavirus: