In US, a virus-era Ramadan presents obstacles, opportunities 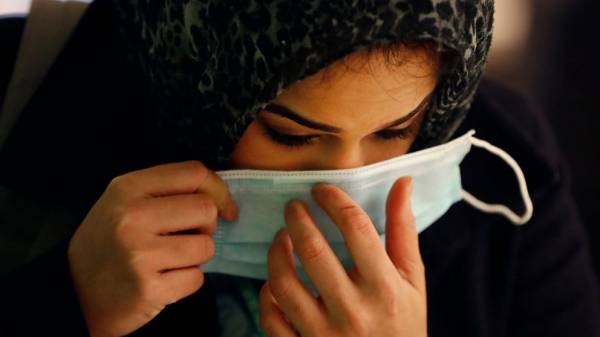 For Muslims in the United States, there is no other time more centered around gathering in congregation than the holy month of Ramadan. In every corner of the country, believers attend community iftar meals to break the fast and then pack neatly into tight rows for nightly prayers at the mosque. On weekends, especially, some may linger longer as they catch up, share in the pre-dawn suhoor meal and line up again for the fajr, dawn, prayers.

But this year, Ramadan falls during a global pandemic. In the U.S., with the world’s highest COVID-19 death toll, that means being forced to mark the month in different, more virtual and sometimes solitary ways.

As they re-imagine some of the spiritual and social rituals, many are relying on a mix of at-home worship and a myriad of online religious programming. Virtual iftar options have sprung up so the devout don’t have to break their fast alone. But not all moments can be recreated on a screen. There will be dishes not shared, prayers not lifted together, hugs not given.

Around the country, Muslims are adapting to the unprecedented challenges.

Ricardo Ramirez became a Muslim before a crowd of believers.

Since then, he says, the community has been there for him. But Ramirez is experiencing a milestone in his faith journey — his first Ramadan as a Muslim — as the virus disrupts worship and mosques close.

“It’s going to be really difficult,” he said before Ramadan started. “I do have a lot of questions, and there’s a lot I want to observe and ask about.”

Born in Texas to parents of Mexican descent, Ramirez was baptized Catholic before converting. In the compulsory solitude, he’s determined to find strength. “The more I think about it, I think this is the path that Allah has set for me as a challenge … to know that this religion is for me.”

On the first night of Ramadan, respiratory therapist Jumana Azam stayed up through suhoor and only slept after making the prayer at dawn. She had come home at 2 a.m. from an odd shift in the ICU of Rush University Medical Center.

As Chicago experienced a surge of COVID-19 patients in early April, Azam’s days quickly turned into 16-hour shifts, with barely a break to eat or make one of the five daily prayers.

Last year, Azam, like many other professional Muslims observing the month, decreased her working hours slightly to make the days more manageable. This year, she knows that won’t be possible. Still, Azam is planning to wake up each morning to eat before dawn and try.

“I’m going to take it in stages and try to fast while I’m at work,” she says. “But if I feel like I’m getting light-headed, I’m going to have to break it.”

The An-Noor Cultural Center and masjid, or mosque, is located blocks from Elmhurst Hospital Center in Queens, where patients have been dying from COVID-19 at an alarming rate.

The immigrant-rich neighborhood has been deemed one of New York City’s hardest-hit areas. Imam Mufti Mohammed Ismail is the principal of the religious school at An-Noor.

A prayer of “protection from diseases” is printed in Arabic and English on a paper posted to the mosque wall, and Ismail says the Bangladeshi community has lost “close to 150 people” to COVID-19 across New York City.

As deaths rise, Imam Ismail is trying to serve community members suffering in other ways. With mosques shuttered as the city reels, volunteers from An-Noor Cultural Center are preparing food boxes for those who would have relied on the center for iftar every evening.

On this day, volunteers load food into a car and head off to begin deliveries. Imam Ismail says this gives the center the opportunity to fulfill one of Ramadan’s tenets — to serve those less fortunate, regardless of religion. “Once we receive a call asking for help, we never question about the caller’s faith. It’s just a family,” he says. “A human being. We are ready to serve them.”

For all the things Muslims are doing without this year, one community in Minneapolis has gained a new voice during the holy month: the call to prayer.

Throughout Ramadan, the azan, or adhan — which summons the faithful for prayers five times a day — will be broadcast over loudspeakers for the first time at the Dar Al-Hijrah Mosque.

“It’s calming and soothing for them,” he says. “The emotional and spiritual connection, I think, is beyond our imagination.”

Over the last six weeks, Shaheen Khan has gotten more comfortable sitting in front of the camera and conducting online Islamic lessons.

The 54-year-old mother of four teaches at the Hadi School, a Montessori Islamic school in Schaumburg, Illinois, that provides Islamic teachings according to the Shia tradition.

Khan arrived in the U.S. from India in 1990 and has been teaching ever since. But in 30 years, she’s never had to face the challenge of connecting with her students remotely day after day.

Of the time at home, she says this: “Maybe this is Allah’s way of resetting a button for us.”

Associated Press religion coverage receives support from the Lilly Endowment through the Religion News Foundation. The AP is solely responsible for this content.